Marijuana is not “medical” 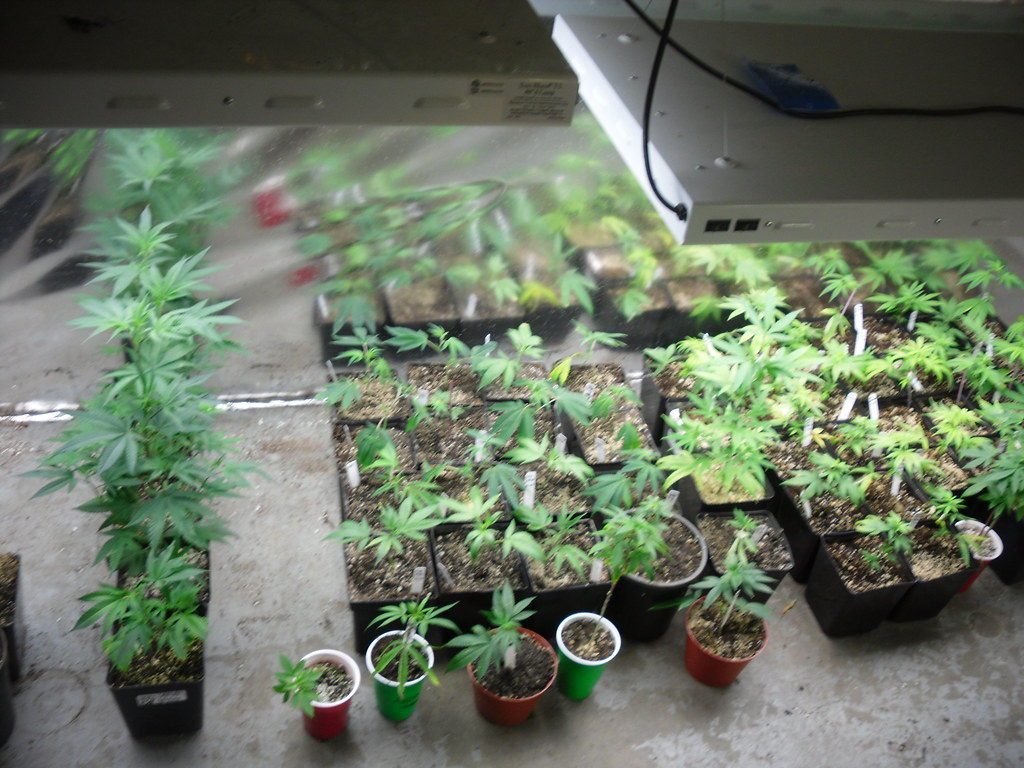 Marijuana is not “medical”

I understand what the proponents for “medical marijuana” are doing as they file their proposed initiative for medical marijuana in Idaho. They want to bring legitimacy to the demon herb. They want to normalize, medicalize, and eventually legalize a current banned substance. I support their goals.

I just can’t support doing it on the back of the medical profession.
We medical prescribers have demonstrated time and again we are not capable of appropriately prescribing even formulated narcotics for which we receive training. We were taught the neurophysiology of narcotic receptors. We were taught the natural response to long term use of narcotics: how the body changes the number of receptors to allow tolerance to the drugs, and how the sensitivity of those receptors can change. Despite all this education we physicians were complicit in the greatly expanded use of narcotics and the tragic increase in deaths from accidental overdose from these legally prescribed substances. My profession carries much blame for this and it burdens me.

But just because we physicians didn’t prescribe opioids in a healthy manner doesn’t mean we couldn’t do better with marijuana. There is no doubt marijuana is much less lethal than narcotics. Maybe this old dog will have to learn some new tricks.

There is research supporting the use of marijuana for some medical conditions. It seems to help some folks with chronic pain, nausea, weight loss, seizures and a host of others. Many states where medical marijuana is legal specify diagnoses that qualify for prescribing. Some states limit the strength of the herb. I guess I shouldn’t whine about the state regulating medical practice when they give me a near monopoly through statute.

But really, isn’t this just an attempt to get a population comfortable with legalization? Many states have moved from medical marijuana on to recreational, which is, I believe what we should be talking about.

I guess there’s precedent. During prohibition doctors were authorized to write prescriptions for alcohol for their patients by the US Treasury. It’s widely agreed the practice was bogus, since there is little evidence to support any “medicinal spirits” use. But us doctors don’t always need evidence, do we?

Idaho is surrounded by states that have legalized either recreational or medical use. Indeed, Idaho is one of only three states in which marijuana is prohibited. The production, regulation, sale and taxation of the substance has proved manageable for our neighbors, even if the Federal government still deems the substance illegal. Our neighbor states are committing an act of “nullification”, something Idaho lawmakers embraced when health insurance was mandated. But Idaho lawmakers don’t feel the need to rebel on this issue. Isn’t it ironic that Idaho’s conservatives would be willing to “nullify” the US Constitution over access to healthcare, but condemn our neighbor states for their “nullification” of Federal marijuana laws?

I’m not opposed to the legalization of marijuana. What is most depressing about the situation here in Idaho is that time and again our lawmakers can’t have substantive discussions of public policy issues staring them in the face.

I guess that’s what the initiative process is for. Medicaid expansion got the support of the people, though many legislators still gag on the issue. While some saw this last legislative session’s attempt to make initiatives in Idaho impossible was “payback” for getting Medicaid Expansion approved, more likely it was to thwart this medical marijuana initiative.

The real issue to be discussed is whether we should legalize the use of marijuana. The “baby step” of medical marijuana instead proposes to regulate the medical profession because we can’t honestly discuss the real issue; legalization of marijuana for individual use at their own discretion. Such weak courage and poor leadership we get from those we elect may just reflect our own cowardice. Don’t let it. Let’s light up the discussion. 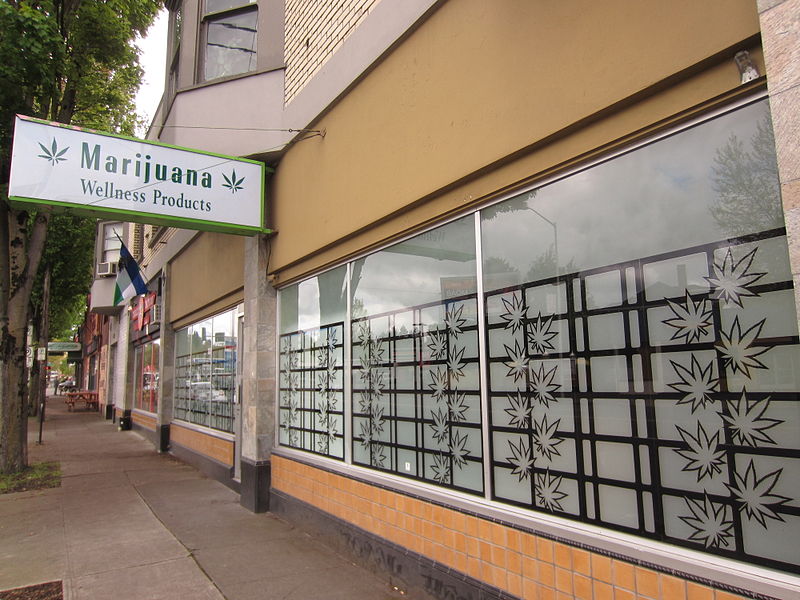 Tomorrow marijuana sales go legal in Oregon, and the location will be medical dispensary businesses licensed to sell to recreationalists as well. As it goes commercial, commercial labeling takes hold too. Here (from the official state list) are some favorite pot seller business names from around the state:

Too bad George Carlin isn't around to see this.

The 203 recreational stores (another 80 are medical only) range from the California to Washington borders, and some are scattered on the coast. As for what's easternmost, that would be one of the stores in Bend or Madras. - rs

Yes, the survey was ordered by the group Marijuana Majority, but that doesn't mean it was badly done (the polling firm is reputable and has a good track record). And the results are striking; if the numbers seem, ahem, a little high, that doesn't mean they don't point in the correct direction. The issue was whether the federal government should leave states alone in developing their own policies toward weed, and the question was asked in two key states, Iowa and New Hampshire. (Which will be of interest since presidential candidates in those places are likely to be asked about this - and will need to bear in mind local attitudes.) Among Democrats, 80 percent in Iowa and 77 percent in New Hampshire favored federal laissez-fair. That may be no big surprise. Among respondents overall, 70 percent in Iowa, 73 percent in New Hampshire. But get this: Among Republicans, states rights on pot got 64% favorable in Iowa and 67% in New Hampshire. If that's anywhere near right, a bunch of Republican presidential candidates are about to have a serious choking moment. Maybe the Democratic candidates too. - rs (photo/sroalf) 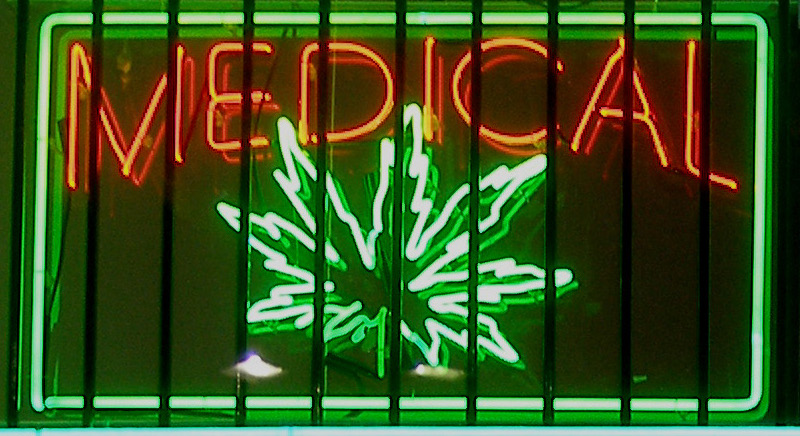 What the Oregonian pointed out today about pot sold in dispensaries, that traces of pesticides have been found in it, is not surprising and actually one of the arguments for legalizing it. Up to now, with pot grows being illegal, the operating principle had to have been that the fewer eyes on it, the better. Now reviews can be undertaken in sunlight, and cannabis likely to be a great deal safer.

On another pot front, that House bill barring the U.S. Department of Justice from messing with state laws allowing legalized marijuana, which passed that chamber, now has passed the Senate Appropriations Committee, placing it in a budget bill. Chances of passage into law are now . . . high. This would be the first significant rollback in federal law against pot ever, really, and may turn out to be a very big deal when the history of this prohibition is written down the road.

There are indicators that the idea of legalizing marijuana, or at least moves in that direction, are starting to take hold. Oregon may be one of the latest, best indicators, because there's now a bill in the Oregon House to create a state-run process for producing and distributing (medical) pot - and reaping state tax money from it as well. It would be a variation on the state's liquor control operation.

The list of sponsors here is highly interesting. The senators are Ginny Burdick (liberal Portland Democrat), Jeff Kruse (conservative rural Roseburg Republican) and Rick Metsger (rural/Portland area Democrat, considered moderate, and a former and probably future candidate for statewide office). That alone should give an indication that this is no personal windmill, or that the idea seems to be some sort of political third rail. That's even more true of the many House sponsors - 22 of them, approaching half the chamber, running the full gamut, including a bunch of conventional conservative Republicans Dennis Richardson, Ron Maurer, Jim Weidner, minority leader Bruce Hanna), the more moderate members of the caucus (Scott Bruun, Vicki Berger), relatively conservative Democrats (Mike Schaufler), along with caucus-centrist Democrats (Mitch Greenlick, Tina Kotak, Carolyn Tomei). This is a genuinely bipartisan, cross-ideological deal.

What do you want to bet it passes?

And what's the national context?

We posed the question to Allen St. Pierre, the executive director of NORML (the National Organization for Reform of Marijuana Laws), and here's his reply.

To date, no state has formally adopted any taxation scheme for the distribution of medical cannabis.

NM...realizing the likely conflict with federal laws, opted for a ‘self-preservation’ medical cannabis model. The RI legislature is currently re-visiting their 2-year old medical cannabis laws to create a state-authorized distribution system (which, again, raises numerous state/federal issues), but no $ amounts have been discussed re any levied taxes or fees.

In CA...the only state with quasi-retail access to medical cannabis, in some parts of the state, their board of tax equalization has weighed in on possible revenue from medical cannabis; CA’s tax revenue bureacracies (city/county/state), whether they know it or not, have been collecting ‘taxes’ from some of the cannabis sales outlets—often in the form of the state’s junk food tax masking as cannabis tax.

Oregon would be breaking ground.