No statute of limitations on stupidity 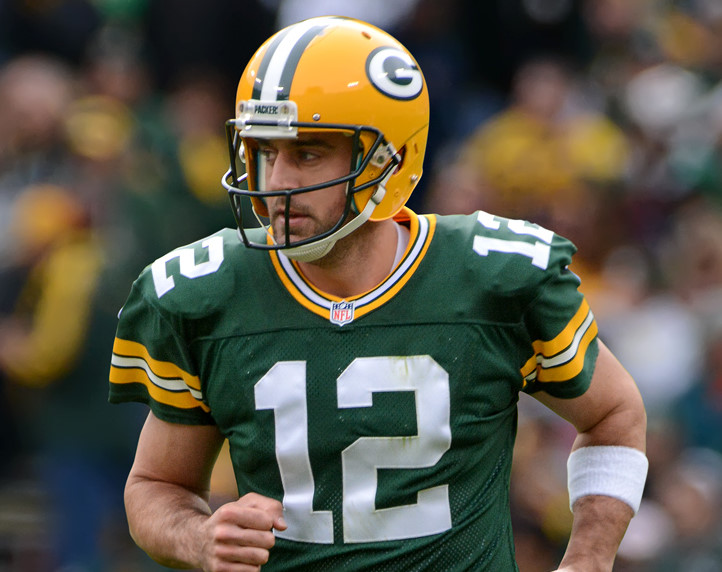 No statute of limitations on stupidity

Most “are basically lazy guys,” said one-time Packer safety Tom Brown. “We want to take the easy way out. We are so far superior. We’ve always been better. As nine-year-olds. Ten-year-olds. We were always the best athletes on the field. We probably got preferential treatment from youth coaches and all the way up. So we really never had to give one hundred percent effort. Because if we gave seventy-five percent, we were better than all the other kids.”

We easily distracted Americans love our sports stars and celebrities. When those people seem genuine – faking sincerity, after all, is the greatest talent of celebrity – we love them all the more. If they are a little outrageous at times, no worries. A bit of outrageousness is a small price to pay for a pass brilliantly thrown or an interception skillfully picked.

Aaron Rodgers, at least until a few days ago, had all the ingredients we relish in a big-time sports celebrity. The Packer quarterback is a really good player. He plays for what is still the marquee franchise of the National Football League, a team with fans who actually own shares in the team and show up for games played on frozen turf in a stadium so far from the bright lights that Wikipedia locates it in “the north central United States.”

Rodgers seems – or seemed – to be the real deal. A legit sports hero of the old school. A three-time NFL Most Valuable Player with a sure-fire lock on the Hall of Fame. But like Tom Brown’s typical player, it turns out Rodgers is just lazy. So far superior to the rest of us and to his teammates, coaches, locker room attendants, and football opponents, not to mention family and friends, that he assumed he could lie his way through a requirement that he be vaccinated against Covid-19.

Rodgers’ defense of his indefensible behavior sounds like it could have been uttered at any number of local school board of public health meetings across the country. The “woke mob” was after him, Rodgers claimed in an interview where he riffed on conspiracy theories, peddled nonsense about vaccine effectiveness and generally made a fool of himself.

Of course, the Packer quarterback – he missed last week’s game after testing positive and his team lost, but hey, no biggie – is different in one respect from most of his fellow science-denying conspiracy theorists. He gets paid $33.5 million a year. But in our times, there is clearly no price point on stupidity.

The sports journalist Sally Jenkins sacked the quarterback pretty effective. “He will now be known as a guy who is slicker than his TV hair,” Jenkins wrote, “who thought he was unique, too much so to follow rules, and more precious than anyone in the room. May he make a speedy return to the Green Bay Packers with no symptoms, but as for sympathy, that should be diverted to people who shared spaces with him when he was unmasked, who now have to sit around and wonder whether they brought something home because he was too coy with the coronavirus.”

In a second interview earlier this week, attempting to clean up his first interview, Rodgers appeared to attempt contriteness, saying, “I made some comments that people might have felt were misleading. And to anybody who felt misled by those comments, I take full responsibility for those comments.”

It was a classic non-apology apology, the weasel words of our times. What Rodgers was really saying was, “I’m sorry if you were offended by my stupid comments, but, you know, that’s kinda your problem.”

Rodgers will no doubt return to the Packers, and the NFL, home to all number of domestic abusers and cranks of every kind, applied a tiny financial slap on his $33.5 million wrist. Rodgers’ endorsement deals, undoubtedly worth more than his play calling, will continue. And we’ll move on to the next dust up, maybe the socialist vaccine indoctrination tactics of Sesame Street’s Big Bird.

In the whole scheme of things that matter, Aaron Rodgers ranks somewhat lower than the Detroit Lions. He’s a winner that has become a loser, an “I did my research” crank masquerading as an All-Pro quarterback. What does matter with this loser from Green Bay is what matters with the millions like him who keep fueling the pandemic. They are not just stupid; they are damn poor citizens.

Sure, don’t get vaccinated for yourself. That is your right. Anyone can be a nitwit, a nitwit who could get really sick and maybe die.

If the selfishness, stupidity, and self-centeredness just impacted the Aaron Rodgers of our world it would be one thing, but he – and so many others – must know they impact their family, friends, neighbors, the mom and child casually encountered in the grocery store or the teammate in the locker room. It’s not about a silly quarterback, it’s about the community. It’s about something bigger and more important than some stupid misinformation he read on the Internet.

Whether Rodgers appreciates it or not, he and every Packer lives a Green Bay career in the shadow of the great Lombardi, a man with low, if any tolerance, for nonsense and selfishness. His “brilliance was his simplicity and dependability,” Maraniss wrote, and his insistence on standards.

Surely some of the Lombardi legend is the product of myth making, a feature of much of sports history, but the guy did speak of enduring values. “People who work together will win,” the coach said. “whether it be against complex football defenses, or the problems of modern society.”

Anyone old enough to remember Lombardi and his great Packer teams can be pretty certain of what the old man would think of the silly guy in the huddle acting a whole lot smarter than he is.