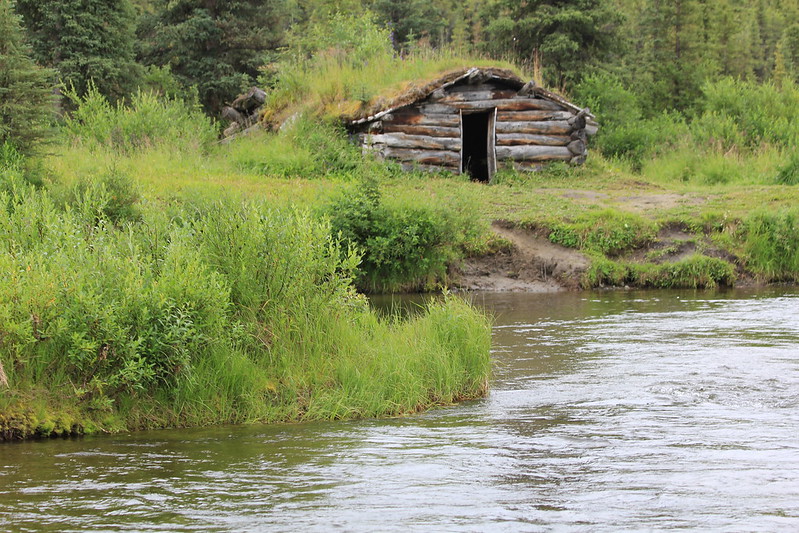 I am disgusted with what we’ve become. It’s all or nothing, one extreme or the other, not even a fleeting consideration that perhaps the edges are wrong and maybe a bit of truth lies near the center.

A guy named David Lidstone — River Dave to his friends — has apparently been squatting for 27 years on private property in Canterbury, New Hampshire. Squatting, if you were unaware, is the act of a person or people living on or in property that doesn’t belong to them. As you might expect, squatting is illegal.

River Dave, a U.S. Air Force veteran, has spent nearly three decades living in the woods along the Merrimack River. The 81-year-old’s tiny cabin is cluttered inside, tidy outside and adorned with bird feeders, a thriving climbing rose and even solar panels. Or I should say “was” — River Dave’s little home was burned to the ground today after he was arrested and jailed, charged with squatting. None of these facts are in dispute.

Here’s where the disgust with my fellow humans comes in. While reading about River Dave’s plight, I also read many dozens of remarks my fellow Americans penned about the man.

The remarks were about evenly split between River Dave’s supporters and detractors, unsurprisingly grouped in bursts or clusters of like-minded sentiment. Dave’s supporters voiced what seemed like genuine concern and compassion for the jailed octogenarian, vigorously condemning anyone who would remove him from his little plot. Not one of them — not one! — acknowledged that what River Dave had been doing for 27 years was illegal. On the other side, Dave’s detractors had awful things to say, ranging from heartlessly urging his permanent incarceration to much, much worse. Not a shred of compassion.

Are we collectively so polarized that we can no longer demonstrate compassion for a fellow human being? I’m not talking that false 1980s-style tough-love type of compassion — that was little more than virtue signaling then and is no different now. It’s empathy in name only, allowing its giver to appear as if he actually cares.

On the other hand, are we so hell-bent on thwarting the other side that we can’t admit that what River Dave was doing was, in fact, illegal? We only have to look about 30 miles to the northeast to see the poster city for what happens when you celebrate tolerance without accountability.

Is there no middle ground?

To be sure, River Dave was breaking the law and had been doing so for many years. But arresting an 81-year-old man and destroying everything he owns — even if what he owned wasn’t sitting on his land — is not the solution of a humane society. I assure you, the irony of New Hampshire’s state motto “Live Free or Die” does not escape me.

Those who say a law is a law and a lawbreaker deserves whatever he gets are missing the point. River Dave isn’t guilty of bank robbery or rape. He’s an old man who built a little cabin on land he didn’t own and lived in it for almost 30 years. For the bulk of that time, no one knew Dave was there except for the kayakers and canoeists who paddled the Merrimack River and befriended the kindly bearded old guy who lived on the shore.

Reports say River Dave grew his own food, cut his own firewood and tended to his cat and his chickens. His little cabin included a small garden plot and neatly stacked firewood. Dave’s place was quirky but it was nothing like the public image of a homeless encampment.

The property on which Dave was squatting is a 70-plus acre plot once used for timber harvesting. It’s been owned by the same family since the 1960s — the family has no plans to develop the land. According to River Dave, one of the owners gave him permission to live there many years ago but it was an oral agreement, nothing written. The listed owner of the property, Leonard Giles, 86, lives in Vermont and denies Dave’s claim. Giles says he was unaware River Dave was even there until alerted by the Canterbury city administrator’s office in 2015.

Again, there is no doubt River Dave was breaking the law. As such, Dave should expect an appropriate penalty and his living situation clearly needs to be changed. But is incarceration and destruction of his possessions a solution an advanced and humane society should laud? Is the hateful venom directed toward an old man who just wanted to be left alone something we should accept as normal? Are we not both clever and kind enough to envision a solution that doesn’t include incarceration and destruction for one old man or the taking of land from another?

On a much larger scale than River Dave and his little plot of land that’s not his, I believe this ugly divide illustrates what U.S. society has become. These days, it’s almost embarrassing to be an American not because of anything in our collective history but because our current behavior has devolved to that of myopes, morons and unabashed assholes.

I feel bad for River Dave and his cat and chickens. I also feel bad for Mr. Giles, the property owner who didn’t ask for or deserve all the less-than-uplifting attention he’s now getting.

I wish I didn’t feel like my position makes me part of such a tiny minority.

UPDATE: Contrary to early reports, after River Dave was jailed on July 15, many of his personal possessions had been removed before a suspected arsonist torched his cabin.

After a whirlwind of publicity, River Dave was inundated with offers of help, including $180,000 from Alexander Karp, CEO of Palantir Technologies. River Dave has been given temporary housing at least into spring 2022, until construction on a new — and legal — home can begin. According to kayaker Jodie Gedeon, one of River Dave’s friends and advocates, the location is being kept secret to protect the 81-year-old former hermit’s privacy. A trust has been established in River Dave's name.

Reports say River Dave has been reunited with his cats — two cats, not one — and chickens and many of his personal possessions.

It’s nice to see a happy ending, now and then.