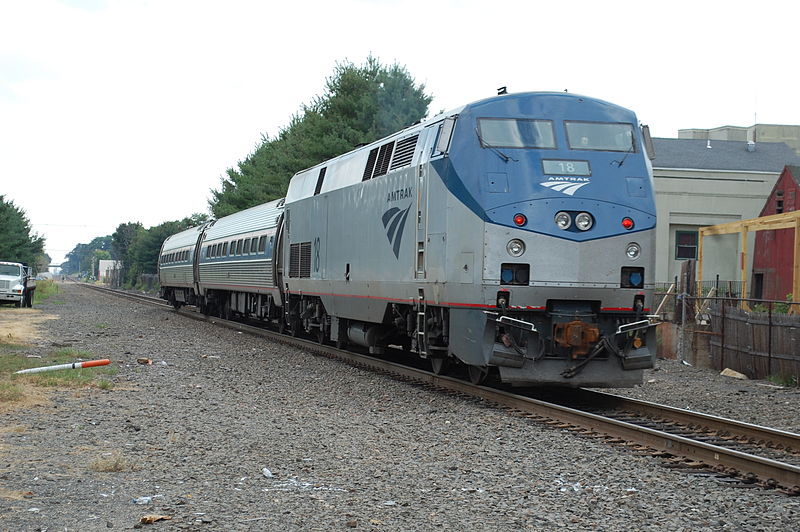 Could Amtrak return to southern Idaho?

It would be great to see, so many years after the service was cut off in 1997. For the moment, the odds still look less than even. But they’re better than remote.

No one, even the advocates, should overstate what it would mean. It would not fundamentally change the region or, likely, affect the transportation of vast numbers of people.

I remember using the Pioneer line in the 70s and 80s, when I worked out of Boise and Pocatello and on a few occasions needed an easy way to get to central Portland. It was useful transportation, and the feel of it was traditional – this is travel by rail, with a pedigree – and easy.

The service was daily, but it was limited. As I recall, I’d get on the train in Pocatello somewhere around midnight and arrive in Boise somewhat past dawn. Headed the other way, I’d board well before midnight in Boise and debark in Pocatello around four in the morning. In both cases I was in walking distance to downtown (at Pocatello, within downtown). The hours were not ideal, but they were functional. They didn’t interrupt a day’s activities, and they allowed for some sleep on the way. But that was the only scheduled run each day.

Stops were limited, too. There was a station at Shoshone, but by the time I was using the train, it wasn’t a very busy location, even when it wasn’t the middle of the night. Nor did the train stop in many other places.

Heading west, toward Portland, there was more daylight and stops were a little more regular. And at Portland, you could connect with the north-south west coast Amtrak route (which is still very much in operation and has even expanded its activities in recent years).

The trains were reasonably busy and drew passengers, but I don’t recall them as packed. From a pure spreadsheet standpoint, the trains probably serviced a none-too-massive number of people.

You could point out that some other forms of transport have gotten better over the years. Idaho highways are a grade up since the eighties, and there are more air flights available. (Bus service, though, isn’t as extensive.)

Still. Trains provide a special kind of link from place to place. In some ways southern Idaho is cut off from much of the rest of the country. (There still is one passenger rail Amtrak stop in Idaho, a very basic one, in Sandpoint.)

I know people who do all their long-distance travel by rail – they have a string of reasons why – and places without rail service just don’t get their attention.

So could southern Idaho Amtrak – presumably from Utah to Pocatello west through Boise to Oregon – actually happen, or is it a pipe dream?

It doesn’t seem to be a part of current plans for Amtrak expansion (which is on the boards for, as one example, the line along the Pacific coast).

But it does have serious advocates.

Senator Mike Crapo and in Oregon Senator Ron Wyden long have favored return of the line, and they’re now in key positions to press for making it happen, as the top leaders of the Senate Finance Committee. (It doesn’t set the budgets but has a key influence on the purse strings.) Obviously, some sympathy from Amtrak Joe Biden in the White House would be highly helpful too. Federal funding could be coming along at the right time.

And locally, a number of activists have been pressing for train restoration. All of the members of the Boise City Council have worked together on a resolution asking for the train back. The train depot near downtown has been maintained (by the city) ever since train service stopped, and easily could be put back to use.

It’s not time yet to head down to the station and wait for the train. But there’s at least some chance the wait may not be forever.