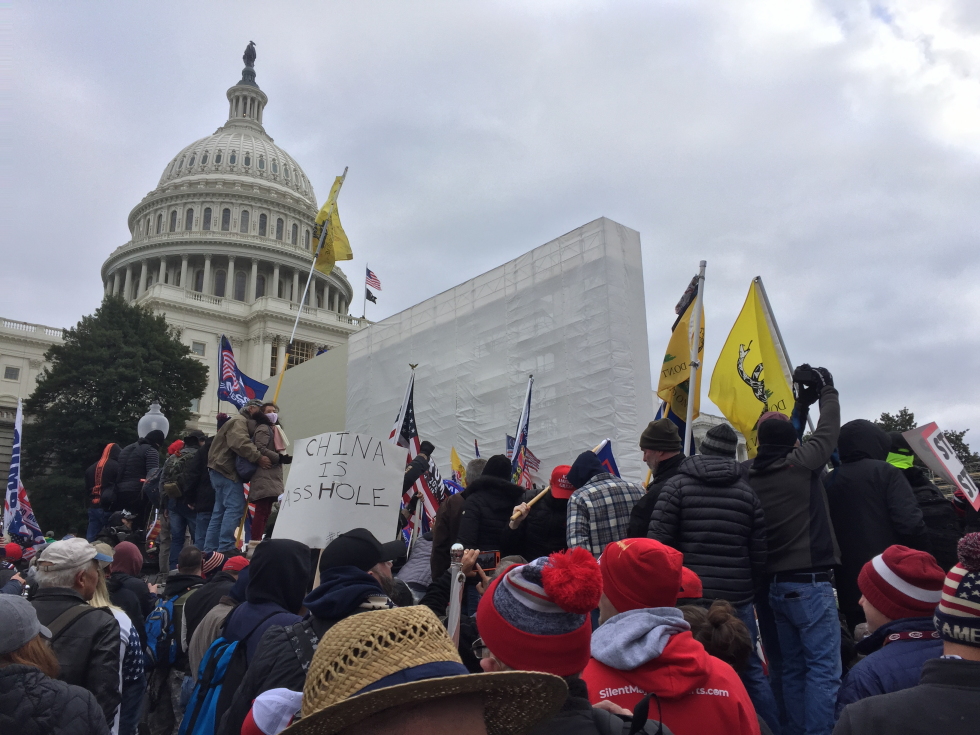 In the late 1970’s a trio of young and very conservative political activists created a new organization that aimed to takeover and then remake the Republican Party. The state of our current politics is proof that they succeeded.

John T. “Terry” Dolan is mostly forgotten now, but he was a true architect of the modern GOP. Dolan had been a paid organizer for Richard Nixon’s 1972 presidential campaign and became the executive director of what he and his colleagues – Charles Black and Roger Stone (yes that guy) – called the National Conservative Political Action Committee (NCPAC).

NCPAC helped upend American politics, arguably as much as Ronald Reagan’s landslide presidential election victory did in 1980. The group used the dark political arts of direct mail fundraising, negative attack ads and third-party “independent expenditure” campaigns to take over conservative political messaging and then take over conservatism. The shrill attack ads, the politics of anger and grievance, the deep partisanship of our time didn’t just happen. There is an origin story, and the 1980 election is as good a place as any to see how the next 40 years of American politics unfolded.

Ideology – think of it as what voters believe versus what is real – has increasingly shaped both parties, but it entirely overtook only one of them. We live largely in the world young, brash, ambitious Terry Dolan envisioned when he said he wanted to create a conservative ideological movement.

Dolan was a fascinating character – charismatic, charming, cunning and frequently cruel. The photo above captures some aspects of his personality, I think. He could turn a pithy phrase, as when he said of NCPAC’s attacks on its Idaho target in 1980. “We’re out to destroy the popularity ratings of several liberal senators,” Dolan said, “and it’s working. Frank Church [a 24-year Senate incumbent and Idaho’s senior senator] is screaming like a stuck pig, and I don’t blame him.”

It’s difficult to remember these days that the Republican Party once was home to moderates, even liberals, politicians like Oregon’s Mark Hatfield and Tom McCall, Washington’s Dan Evans, Charles Percy of Illinois, Jacob Javits of New York and John Sherman Cooper of Kentucky who once held the seat now occupied by Mitch McConnell. Terry Dolan detested Republican moderates and aimed to purge the party of all of them. It’s taken a while, but Dolan’s vision of 40 years ago has been realized and in the process the Republican Party has become the radical outlier of our politics.

When a political party’s basic ideology embraces the radical it soon follows that many party supporters are radicalized, too. Both major political parties have clearly moved toward their extremes, but the evolutionary evidence of an extreme conservative transformation is easy to see, and radicalization on the right is vastly more pronounced than anything on the political left. A couple of examples of how this has worked.

Conservative legislators from Boise to Birmingham have broadly rejected the scientific evidence related to coronavirus, shunning mask wearing and rejecting vaccines. These ideological radicals have largely chosen to believe not what their eyes – or science and experts – tell them, but what their ideology espouses.

It would be simply ironic if it were not so obviously tragic that while the Idaho legislature was debating a measure last week that would prohibit local jurisdictions from imposing a mask mandate, the one step backed by vast scientific consensus that is effective in controlling the spread of a deadly virus, it was forced to shut down for two weeks when several members fell ill to the disease. Yet, because of the pull of ideology the legislature almost certainly will return and pick up right where it left off.

Most conservative legislators have, of course, refused the simplest, most effective public health action in favor of minimizing the disease, embracing the fiction that it is overblown or that it will, as their clueless leader infamously proclaimed, just go away. Remember when he said the country would be back to normal by Easter – last Easter?

This attitude is roughly the equivalent of hitting your thumb repeatedly with a hammer and proclaiming there is no correlation between the cold metal and a sore thumb. It is the triumph of belief over reality.

There are a thousand other examples of this magical radical thinking. The crackpot lawyer who helped spread the big lie about the presidential election being stolen now admits in a court filing that “no reasonable person” could believe her assertions, but millions still do believe.

Wisconsin Senator Ron Johnson, a born-again reincarnation of his state’s 1950’s senator Joe McCarthy, is another prime exhibit. Johnson is a conspiracy theorist’s conspiracy theorist, a wide-open conduit for Russian disinformation, a guy whose basically been rewriting or denying the reality of a pro-Trump mob’s attack on the U.S. Congress in January.

Johnson initially and absurdly claimed that assault was the work of leftwing provocateurs and then more recently allowed that the deadly attack was the work of “people that love this country, that truly respect law enforcement, would never do anything to break the law.” Johnson is articulating an ideology belied by hours of television footage of the attack. His opinions, no matter how obviously wrong, trump objective reality. Yet, as conservative columnist Michael Gerson noted, Johnson suffers no pushback from his fellow conservative ideologues because he’s channeling the belief system of most of the Republican Party.

“One of the United States’ venerable, powerful political parties,” Gerson wrote this week, “has been overtaken by people who make resentment against outsiders the central element of their appeal. Inciting fear is not an excess of their zeal; it is the substance of their cause.” That brings us back to the aforementioned Terry Dolan.

Dolan and the people who helped him, North Carolina Senator Jesse Helms and direct mail impresario Richard Viguerie among them, realized more than 40 years ago that they could traffic in fear and big lies about their opponents and be successful, because, as Viguerie candidly admitted, fear, breeding resentment and grievance, is the powerful motivator of political behavior.

Dolan’s enemies were “elites,” clueless liberals, “baby killers” and politicians he defined as dangerous to families and national security. The right’s bogeymen now include new evil forces – “cancel culture,” socialist indoctrination of young people and nefarious plots such as early childhood education. It’s not a political agenda designed to address any real problem, but it has been the centerfold of the Republican playbook for a long generation. And it truly is the substance of the angry ideology of the modern conservative movement.