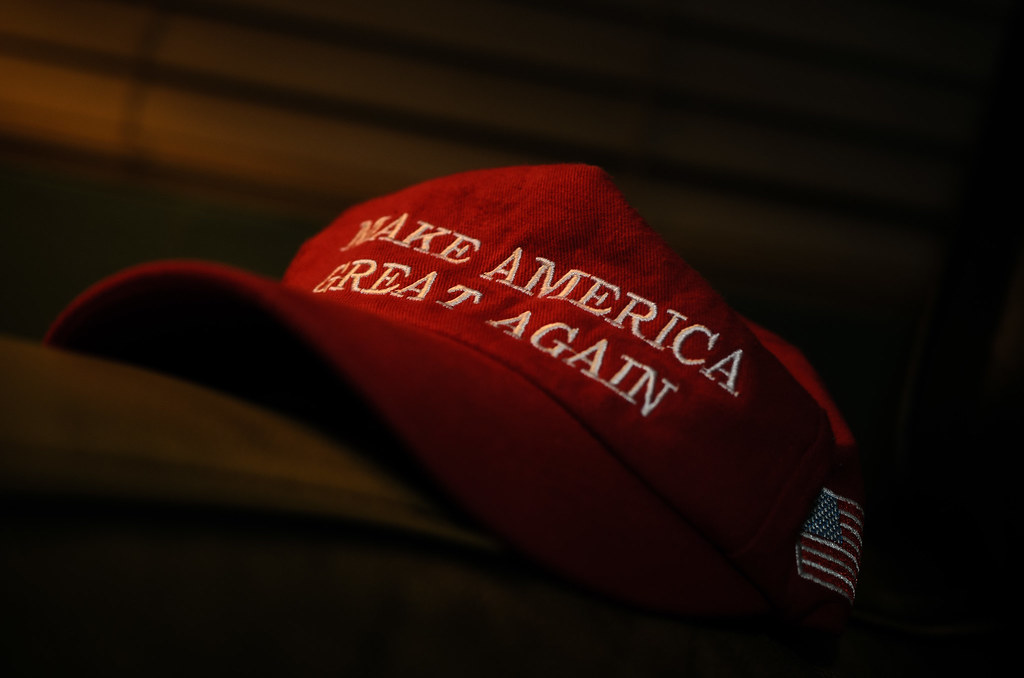 The life and times of Citizen Trump, imposed on us these last several years, are living denials of everything I was brought up to believe and practice.

His “victory” in a Congressional trial has left me with an emptiness in my gut. A painful feeling acknowledging “might” met “right” and “right” lost.

Despite the prosecution’s best efforts, the existence of enough “smoking guns” to equip an army and a defense team straight out of “The Gang That Couldn’t Shoot Straight,” the guilty guy walked. Case closed.

In the wake of the United States Senate’s failure to convict, about all that’s left is to call Thomas Jefferson back from the grave to use his quill pen to strike the impeachment clause from the Constitution. It now means nothing.

The youngest of my four “children” is 60 this year. I’m blessed that each has lived a successful live, though on different paths. They’ve done so with fervent belief in truth, honesty and respect for the multi-colored tapestry that is this nation. Their belief in such things won‘t change because of the failure of 43 Senators to uphold right over self-service.

But, what of the little children of our times? As they become old enough to differentiate right from wrong, how will history teachers and, for some, college professors, put this recent failure of democracy into perspective? How will the mindless, self-service of 43 Senators to adhere to that founding document, upon which our society is based, be explained to young minds? And will they have to be carefully taught, as an aside, that the Trump era was also an aberration for their country?

And what of Trump? Will his many corporate businesses continue unaffected? Or will his empire of over-valued and over-leveraged properties become grist for public auction? What of the dozens of current and future court cases? Will he also “win” there? Or will he be the first former president of this country to be sent to prison following his disastrous term in office?

What we’ve witnessed in this long, painful and failed impeachment story is 43 United States Senators – Republicans all – fail in their double oaths – the one when being seated in the Senate and the one to be “an impartial” juror. Oaths taken in writing before man. And before God.

Fear in the exercise of sworn duties. Fear of losing $174,000 salaries, perks of office, the tributes of lobbyists, flying first class, seats on the dias of political events at home, fear they’d have competition at election time threatening all that. Fear. That’s what 43 Senators were motivated by. Fear.

Will their fears be realized? Will Trump be a factor in the political affairs of the nation? Probably. For an election or two. But, his influence will fade. He’ll still be venerated by a few million lost souls. His grip on Republicanism will diminish. His ability to affect national affairs will eventually disappear. Possibly sooner than later.

I can’t help but wonder. When you’ve climbed that mountain, stood atop and surveyed all the world below – how do you face the litiginous future Trump will certainly find as a civilian? As you see financial institutions do battle for what’s left of your vaunted “empire,” how do you feel? In your gut? How will you continue your luxurious lifestyle? What of your family?

The failure of 43 Senators to uphold the Constitution they’ve sworn to “protect, defend and preserve” is a shock to our national psyche. I’m sure historians are sitting before computer screens, tapping out their views of this Constitutional damage. I suspect the words “self-service” and “travesty” will be used in more than a few treatises.

An IPSOS poll, taken a couple of weeks before the Senate trial asked voters how they felt about the workings of our federal government. About 16% said they felt our democracy was “working very well.” Another 45% said things were “O.K..” But, about 39% said things weren’t going well at all. I’d like to see that polling replicated today. I’d bet there would be a shift in the numbers.

For the moment, our everyday lives probably won’t be much different. We’ll just keep “going along.” But, come Summer and Fall, 2021, there may be changes in our politics as the campaigns are conducted. I’d look for an edginess and more visceral attacks. A nastiness associated with the Trump brand. And more Marjorie Taylor Greene’s on the ballot.

There’ll be political fallout from this Senate failure to convict when faced with a mountain of evidence of guilt. Just what affect it will have on potential candidacies in 2021 we won’t know for awhile. Will there be changes in the way the Senate does business? Will new alliances emerge? Will present divisions be further exacerbated?

There are lots of questions in the wake of this failure to uphold the Constitution. It’s going to take awhile for things to shake out.

I’m glad my “kids” are where they are in life. I’m proud of their allegiance to the values they grew up with. But, I worry about their kids. The Senate’s failure to live up to its Constitutional responsibilities will be theirs to live with. The abridging of a significant part of our most quoted founding document will have effects on them. On their education. On their futures.

Trump – or whatever is eventually left of him – will fade. But, their understanding of life and their responsibilities under that same Constitution is going to be theirs. For a lifetime.

More from RaineyMore posts in Rainey »