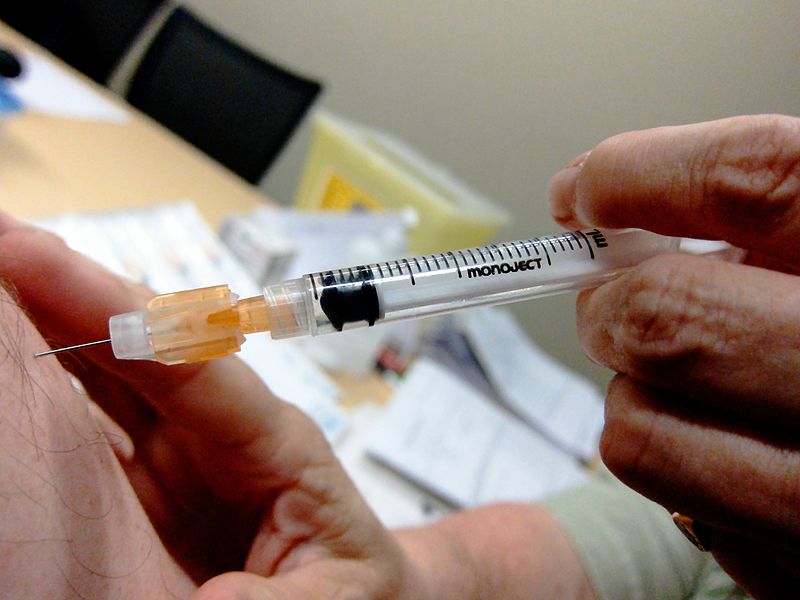 A new President sworn in. I got my first COVID shot.

The Biden day in our lives was most certainly a keeper. Make that KEEPER. We’ve never seen an inaugural done quite that way. Instead of a hundred thousand or two filling the Capitol Mall, we, the nation - Covid wary and weary - were electronically treated to a show unlike any previous presidential inaugural. A show of necessarily limited “Pomp and Circumstance” stolen by a 22-year-old young woman, wise beyond her tender years, who spoke critical truths.

President Biden’s speech - uncharacteristically short for the former Senator - didn’t ring with new, soaring words. Word like “Ask not what you can do for your country...” It was a pretty plain old speech with words of few syllables so more of us could understand without running to our favorite dictionary.

But, that’s just what we wanted and needed. Plainly written. And plainly spoken. No “pie-in-the-sky” promises. No challenges to a “new and better land.” No “Mission to Mars” in our lifetimes. Just sleeves-rolled-up, “here’s what we’re gonna do.”

The line that spoke to me was, “We must stop this uncivil war.” Good play on words because it’s a fact and because we must.

I’m sure most of us believe Biden’s a good man. He is. But, he got to the Oval Office with about 70-million or so Americans voting the other way. Why they voted the other way will keep historians and barflies busy for years.

Bottom line is, many of those folks are going to fume for a long time, making many in their families angry at upcoming Thanksgiving dinners and other family events. They’ll keep their right-wing peace until 2023. By then, they’ll have - in the words of a treasured friend - found another “Great Pumpkin” to rally around. And the rest of us will, again, be treated to their venom, ridicule and lies.

But, that’s the hard core. Seems to me, those looking for a new leader may be more in number than it presently appears. Politically “squishier” than the core believers. They may just watch Biden and crew to see how things pan out. Some could even be Democrat voters by that time. Much depends on what Biden gets done and some of their issues getting resolved.

There’s also a large pool of voters - some undecided, some disaffected, from both national parties - some looking for something new who could be tapped if things calm down. If they see a return to normalcy in their lives. And some better financial conditions for us regular guys.

Time Magazine has a beautiful cover page this week. Shows Biden quietly looking out an Oval Office window. Behind him, a telephone receiver thrown on the floor - piles and piles and piles of bundled paper stacked everywhere. Even a desecrated gold curtain. More than any other examples I’ve seen, it summed up the size of the mess Biden and his crew have to clean up before they can seriously get down to work. Of course, some of the folks at Faux Neus were pissed. Made fun of their former White House “correspondent” they say.

Those who expect Biden to do this or that quickly have to realize, before dealing with the future, he’s got to clean up - or clean out - the toxic mess of work that hasn’t been done for at least four years. And, at the same time, he’s got to start building those new political relationships he talked of during the campaign. Without those, as we’re already seeing, nothing’s gonna happen.

Now, back to my tender shoulder. It was a tough online experience to get that shot. Someone on Facebook said her “81-year-old father would never have figured it out.” Well, I”m 84 and I did. But, it wasn’t easy. Arizona’s Department of Health, etc. put up a horrendous website with “triggers” going every direction. Most were dead ends. Emails came back promising phone calls or other personal contact to answer questions. Nothing of the sort happened.

We have a shot site a mile from us. But, we had to drive 23 miles to be served. And the site of the vaccination was just as bad. Serpentines to drive everywhere with more than one going nowhere. Nurses were pleasant enough and the shot was just a little sting. But, the whole damned thing - online to shot line - was Rube Goldberg personified.

It’s my fervent prayer someone with a little organizational expertise takes charge and reduces the wasted motion and energy by the time my second shot is due two weeks hence. Then, we have to do the same for Barbara when it’s her turn. Twice.

But, wherever you are, PLEASE get yours as soon as your age group is called. Do the paperwork in advance and get it filed out for your appointment. The only way - THE ONLY WAY- we’re gonna kill this Covid animal is getting those shots. Both of ‘em. And I don’t want to hear any of this “anti-vaxer” B.S..

Do it as soon as you can. ‘Course, it won’t give you that special two-major-event-week I had. A presidential inaugural and my Covid shot. Some people just have all the luck.