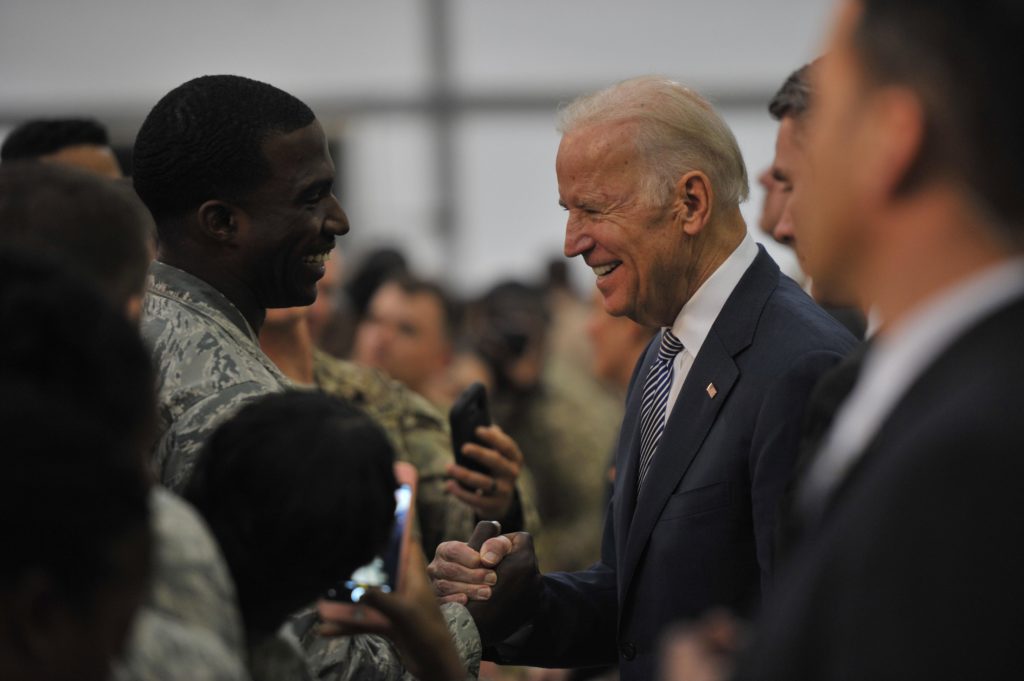 O.K. We have a new president. What now?

A long, bruising, nasty campaign. An over-long “birthing” process to name the winner. Now, that winner can walk down the street, knowing nearly every other person he passes voted against him. A terrible feeling, I’d guess. It also sets the stage for a continuance of the animosities we’ve been living with.

I’m not sure we’ve won a lot. Yes, we ended the reign of a corrupt immoral, evil man. He now faces the likelihood of years of legal problems with a very real possibility of prison somewhere along the way. Unlike you or I, his future is not his to control. For the first time in his misbegotten life.

If we’ve “won” anything, it’s that we’ve pulled the nation back from the brink of institutional collapse. No president in our long history has done so much to sow distrust, hate, sorrow and division as the guy about to exit, stage right. The wreckage he leaves behind is a once-proud nation that’s been divided into political and economic communities, each with little seeming regard for the other.

Our new chief executive faces an almost certain future of stalemate, distrust, animosity in a terribly divided Congress. Though he’s known as an achiever, getting disagreeing factions to work together, he faces a Senate Majority Leader who may be the most intransigent politician in modern time.

Given his age, Mitch McConnell’s re-election this month will certainly be his last “hurrah.” So, he settles into his accustomed role with nothing to lose. On the personal side, he’s a multi-millionaire. In his legislative role, his power is reliable and certain. He can push the legislative envelope on all sides without personal or political repercussion. And, I’ll bet he does.

If there is any sunlight in the expected undertaking to rebuild trust and reliance in our nation’s governance, it may boil down to this. The president and his party control two-thirds of the legislative machinery. With that power in his pocket, the new president, known for his “working-across-the-aisle” abilities, may have to deal only with the Senate Majority Leader. If they can generate a relationship of comity, of trust, of acknowledgment of their long histories in politics, it may be possible to achieve a balance of power.

Such an understanding is absolutely necessary if there’s to be achievement in the next four years. Without it, we face stalemate, division, continuing mistrust and a “no man’s land” where nothing is done, charges and counter-charges being the norm and the needs of the people go unmet.

A relationship of trust. between just those two men, may make possible a regeneration of confidence and solidarity this nation so badly needs. We’ll see.

And our new vice president? What of her? What’s to be her role?

This new president comes to the office with impeccable credentials in foreign relations, which is, after all, the primary role of any president. Because his predecessor had no such skills, there’s a lot of building and fence-mending to be done with other nations. The new guy has unimpeachable personal knowledge of nearly all of his counterparts and can call many of them by their first names. This is his “long suit.”

So, it would seem the primary job description for the new lady down the hall would largely encompass legislative relations. She, too, knows the majority leader very well. She, too, is something of a peacemaker. She, too, has the political chops and a record of being a negotiator, albeit a tough one who has the necessary teeth to get a job done.

If she, also, can develop a relationship of trust and respect with the majority leader, provide the necessary give-and-take required of successful politicians, the chances of stalemate and division are much, much less. Her importance in that role can not be overstated.

While the nation is deeply divided, as shown in the election, there are many who want healing - want to end disagreement and discord. We have, among us, peacemakers. People of all stripes who want cohesion and peace. Blessed is their tribe and may their numbers increase.

Significant change may not be ours in the short term. Much work has to be done to clear away the wreckage to restore normalcy.

But, a year or so down the road, when naysayers see a Democrat in the White House doesn’t automatically mean vast socialism, doesn’t mean lawlessness or pose challenges to individual rights, I’d guess things will settle down a bit.

Many folks who voted for the loser did so out of fright, frustration and believing a faithless, totally dishonest political derelict. His presence - his scent - must be overcome. Quickly.

A lie - often a single lie - can destroy a previously trusting relationship. It will take some time to rebuild faith. Time to reach out. Time to welcome. Time to bring us together.

Some will refuse to participate - to rejoin - to reunite. They will continue the old ways of listening to false prophets - following false paths - stoking their anger. They’ll always be there.

But, for the rest of us, there is reason to hope again - to belong again - to enlarge the community of the willing. And to trust.