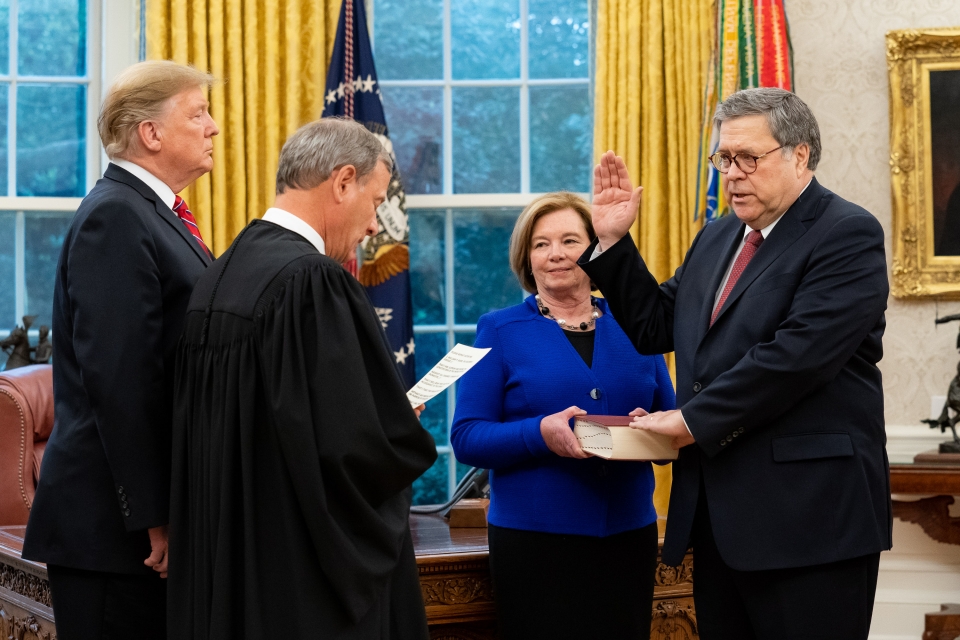 Last week, I joined more than 1,000 of my former Department of Justice colleagues who have asked leave to file an amicus (friend-of-the-court) brief in the Michael Flynn case. Together, we have 14,300 years of experience enforcing the federal criminal laws in every administration since that of President Eisenhower.

In our brief, we urged U.S. District Judge Emmett G. Sullivan to uphold the rule of law and deny Attorney General Barr’s request to dismiss the Flynn matter. In this column, I offer a summary of key arguments made in that brief, but in the interest of brevity, have omitted citations.

There was a time when federal prosecutors had complete discretion to terminate any criminal case at any time, and for any reason. That changed in 1944 when the Supreme Court promulgated Federal Rule of Criminal Procedure 48(a) which provided: “[t]he government may, with leave of court, dismiss an indictment, information or complaint.” By including the phrase, “by leave of court,” the Supreme Court made it clear that the prosecution’s right to dismiss a criminal action was no longer unfettered but was instead subject to judicial oversight and approval.

Acknowledging that the government’s discretion to dismiss a case remains “broad and should be disturbed only in rare circumstances,” we urged the Court to “exercise its authority to undertake a searching review of the government’s request. Case law holds that a court may deny a governmental dismissal motion to which the defendant has consented “if the motion is prompted by considerations clearly contrary to the public interest.”

Because the government’s motion “bears the hallmarks of a brazen attempt to protect an ally of the President,” a searching review is needed “to protect the public interest in the integrity of the Department of Justice and the fair administration of the criminal law.”

Flynn’s case is not in the early stages of charging or pretrial discovery, or even in the middle stages of pretrial preparation and plea negotiation.

Indeed, it is at the end stage – ready for sentencing. Imposition of sentence is a matter for the trial judge. Flynn has pled guilty – twice – admitting under oath that, while serving as the President’s National Security Advisor, he lied to FBI agents about his communications, made during the 2016 presidential campaign, with a high-ranking representative of a hostile foreign power.

Now, as the clock readies to strike midnight in this matter, the government claims that Flynn’s lies were not “material.” Case law holds that the “dropping of any offense” at this late stage of the proceedings threatens “an intrusion on the judicial function.”

It is no secret that the president has closely followed developments in the Flynn prosecution, making repeated public statements critical of the prosecution and lauding Flynn’s loyalty. He has often implied that Flynn might receive a presidential pardon. The president’s rapt attention to this case is significant, permitting the inference that Attorney General Barr’s motivation in bringing the motion to dismiss at this very late hour is not to serve the interests of justice, but to placate the president.

Were the court to “bless the Executive’s proposed absolution of [Flynn],” who is a close associate and strong supporter of the president, without conducting a probing inquiry, it would bring into question the integrity of the judiciary itself. And it would risk deeply undermining public confidence that justice is being fairly administered.

The government’s claim that Flynn never committed a crime is premised on the notion that “new” evidence shows that Flynn’s statements were not “material,” so as to warrant his prosecution. The government is wrong on both the facts and the law. The government advances the “wholly novel position that concededly false statements like the one Flynn made to the FBI do not constitute a crime if, at the time the statement was made, the FBI did not already have an ongoing criminal investigation of the defendant.” At the time of the FBI interview, the FBI had an open counterintelligence investigation focused specifically on Flynn’s direct role, as a member of President Trump’s campaign, in Russian interference in the 2016 election as well as other dealings with foreign nationals.

The federal statute pursuant to which Flynn was prosecuted, 18 U.S.C. Section 1001, applies broadly to “any matter within the jurisdiction of the executive, legislative, or judicial branch of the Government of the United States,” and criminalizes false material statements made in connection with any such matter. The sweeping scope of this statute dovetails with the FBI’s jurisdiction “to investigate potential violations of federal criminal law and threats to national security that may or may not be criminal in nature.”

For a lie to be material, the government need only make “a reasonable showing” of the “potential effects of the statement.” Judge Sullivan “has already analyzed the materiality of Flynn’s false statements in considerable detail, and has held that they were material in ways both narrow and broad.”

The closing paragraph of the brief cautions that, were the Court to grant the government’s motion, it would sanction using the awesome power of prosecution for political reasons, antithetical to the public interest : “A democracy governed by the rule of law requires a Justice Department that acts evenhandedly when exercising its vast powers. There is ample evidence that under its current political leadership the Department has been weaponized to do the opposite: to punish the President’s opponents and reward his friends. The government’s motion to dismiss the prosecution of a presidential ally who has twice confessed to serious crimes is yet another step down this dangerous path. The career officials who carry out the Department’s work and whom the President routinely maligns cannot speak in their own defense. But this Court has the authority and the obligation to ensure that federal law-enforcement power is exercised in the interest of the people – the public interest – as the Constitution requires. We respectfully ask the Court to do so.”