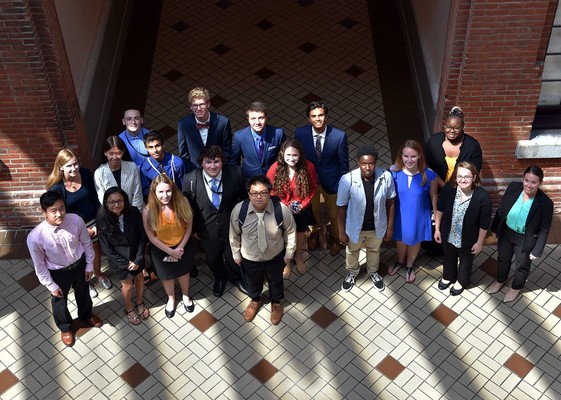 On his long-running radio program, Garrison Keillor said that at his mythical Lake Wobegon “all the women are strong, all the men are good-looking, and all the children are above average.”

In the recently-released Idaho Youth Risk Behavior Survey from the state Department of Education, you can find some of the same self-perception. Asked to describe their academic grades over the last year, 43.9 percent of students questioned said “mostly As” and nearly four-fifths said “mostly As or Bs.” Either something is a little off in the scholastic grading process (a possibility) or the students are not totally reliable - maybe over-optimistic - self-reporters.

The report compiles self-reports across a range of areas, some of them involving activities that can put the students at serious personal risk. It says up front, usefully, that “The YRBS does have several limitations which may impact the reliability and usefulness of the results. The 2019 Idaho survey is administered to students enrolled in one of Idaho’s traditional public or charter schools. Many teens who are at the highest risk for unhealthy behaviors may have dropped out of school and therefore are not represented by these results. In addition, respondents of self-reported surveys may have a tendency to under-report behaviors that are socially undesirable, unhealthy, or illegal (bullying, drug, alcohol and tobacco use, sexual assault, etc.) and over report behaviors which are socially desirable (exercise frequency, healthy diet, seatbelt use, etc.).”

In other words, there’s some tendency to make oneself look a little better in the survey. It’s a normal reaction; many adult poll respondents do the same. But it may have led to some results that could catch the attention of a number of adults. About a fourth of the students reported themselves as overweight, for example, but 44.7 percent were “trying to lose weight.” There are several possible reasons for the discrepancy, but few of them are comforting.

And there were some encouraging numbers. Barely a quarter of the students reported using alcohol in the previous month, for example; that number historically likely has been much higher; binge drinking rates have been dropping, slowly. Student tobacco use is reported as falling by more than half in Idaho in the last decade. Fewer than a third report having had sexual intercourse; that number has been dropping in Idaho as it has in national trend lines. So too the self-report of 23 percent of female high school students of having “experience[d] sexual dating violence one or more times during the past 12 months.”

The report does raise some red flags in areas where the numbers of problems nonetheless runs high.

In the area of “unintentional and intentional injuries,” a number of reported behaviors came in reassuringly low. (Just 3.8 percent reported driving after drinking alcohol and 7.1 percent reported carrying a weapon on school property in the previous month - or is that encouraging?) But nearly half of all students reported texting or emailing while driving: Awfully risky activity, especially for new drivers.

And this felt eerie as well: 38.9 percent said they “felt sad or hopeless for 2 or more weeks in a row so that they stopped doing some usual activities during the past 12 months.” That struck me as a high number and it should spook a lot of parents, especially if it’s actually on the low end of actual student experience.

The numbers have been changing with time. People whose high school days ran a generation or two ago could have pointed to problem areas then too, maybe more or less serious in nature. Whichever, you can say this about them: The issues in high school are different these days. As always. Reports like this are worth the read for helping us keep up.