An eye on the ball 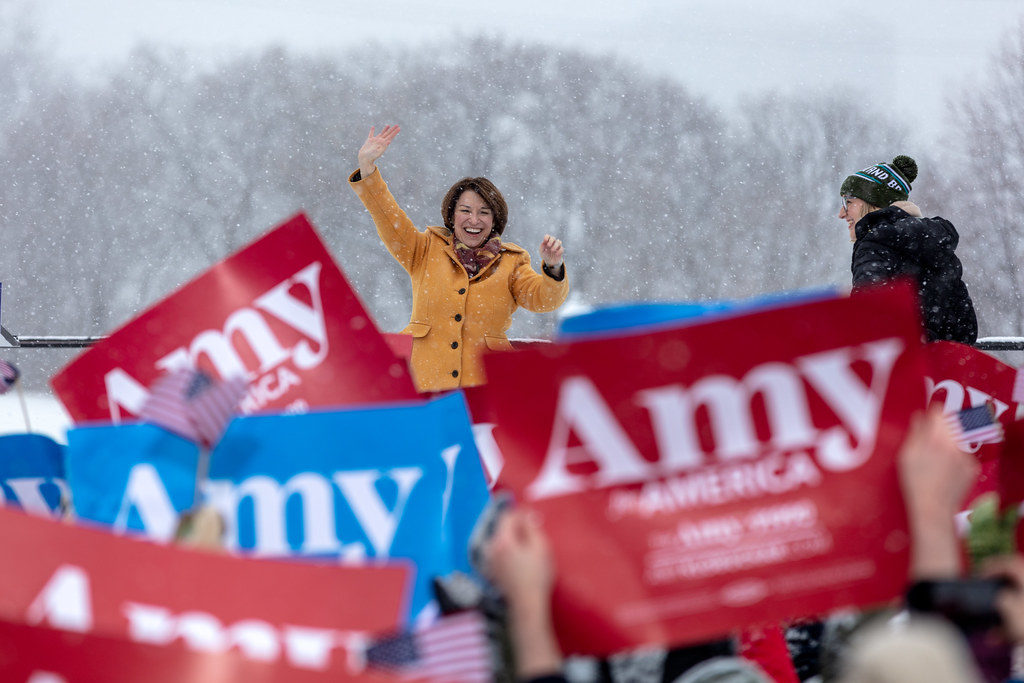 An eye on the ball

When Will Rogers was asked about his politics over 90 years ago years ago, he replied, “I am not a member of any organized political party. I am a Democrat.” The truism persists to this day. As what may be the most important election of this century approaches, the Democratic candidates seem hell-bent on twisting themselves into pretzels trying to convince that they are sufficiently to the left and pure enough for the primary while avoiding any traps or dead ends that might sabotage their chances in the general election.

In the political polls published every few minutes, the top four candidates – Biden, Sanders, Warren and Buttigieg – are favored nationally by over 70% of those responding, with the rest of the pack splitting up less than 20% of the favorable responses. To make matters more complicated, and despite an already overcrowded menagerie of wannabes, two of the bottom layer now consist of latecomers Michael Bloomberg and Tom Steyer – billionaires both – who have begun throwing bundles of money into the works. Both have committed to putting their own money into the campaign, at least through the primaries, and are not dependent upon contributions. Whether money alone can catapult either into the top tier of candidates remains to be seen.

With a huge issue for Democrats being the search for a solution to the unsustainable shifting of wealth to the top 2%, with everyone focusing on the necessity of undoing the tax benefits and other devices Trump has granted to the super rich, and with the middle and lower classes continuing to see their shares dwindle and their futures becoming bleaker as the rich continue to become richer, it is difficult to understand how the Democratic party can be expected to follow either these two American oligarchs anywhere. Watch for the cognoscenti to have a field day dissecting the hoopla these two are going to cause.

Money, for everyone else, is a bugaboo. Three campaigns – Harris, Castro, and Booker - appear to be on or close to life support. Harris and Castro have overhauled their organizations, releasing staffers, and closing offices – almost always an indication of pending collapse. Booker, who cannot seem to get any traction, is running out of money and recently announced that he may not make the cut for the December debates. The newest entry, Deval Patrick, once the governor of Massachusetts, was all but invisible when he announced to nobody in particular in June that he was running. He is still all but invisible today, without even a dent in the polls and complaining that money sources are all dry or committed elsewhere.

The early poll numbers that appeared to put Yang in the running may have been the result of curiosity rather than genuine interest. There has been no sign of continued movement beyond his initial bump, which, with his internet savvy, he managed to engineer into participation in every debate until now. It does not appear that he will make the December cut. Yet he hangs on.

With her campaign stuck in neutral, with little money, and with no visible organization, Gabbard also hangs on. Her remarks and a recent personal visit to Syria’s Bashar al Assad generated blistering criticism from all quarters, and have left her without a single friendly face among the media. She is even losing ground in her home state, having triggered an aggressive primary opponent for her House seat. She recently announced she is giving up her House seat to concentrate on the presidential primary. When she does depart the campaign scene, it will be to a few months as a lame duck congresswoman and then to obscurity. Perhaps this is the reason she hangs on.

Of the original cast of over 22, Bennett, the senator from Colorado, continues to ride in the caboose with a skeleton staff, having but spending almost no money. He has not appeared for any of the debates except the first, but announced that he still expects to stay though New Hampshire – for some reason that is not readily apparent.

Of the crowd at the bottom – and excepting the two billionaires – only Klobuchar appears to be steadily rising from the deep anonymity where she started to a standing that now places her next in line in many polls, just below the top tier. She is demonstrating an ability to keep a steady eye on the middle of the road, where elections are actually won, she consistently remembers that the main objective is to beat Trump, and she steadfastly refuses to be drawn into any name calling or policy fights with other candidates. She raised a respectable $17.4 million as of September 30 and has made all the debates including December.

That leaves the big four – Biden, Sanders, Warren and Buttigieg - each dragging their own anchors, each with identifiable members of the commentariat who can be counted on for favorable but subtle coverage almost daily, and each followed by a noisy coterie of enthusiastic helper-outers from within the party faithful who are loudly proclaiming that their candidate is the only true way.

The problems of these four are mundane and legion. Sanders calls himself a “democratic socialist,” which is enough to scare the bejesus out of anybody over 50. Also, because the primaries are supposed to be selecting a Democrat to lead the party, it is a problem for many that and Bernie is not a Democrat. With Elizabeth it is that she sees a black-hearted Republican capitalist under every rock, and is convinced the only solution is government protection against everything. Mayor Pete is going to be a wonderful candidate – in about 10 more years. Except for the non-white vote, the fact that he is gay poses no risk to his election. The only area where objection will be found among white voters is with the evangelicals to the far right, and they are not going to vote for any damn Democrats anyway, so nothing is risked here. The non-white vote is another matter. No Democrat has won anything without carrying the non-white vote and Buttigieg has only 2% of this bloc at this time.

And that leaves Joe. He has been around longer than anyone, has made every mistake one can make, and has never received anything but lukewarm interest from the party poohbahs. Even when Joe is getting a friendly mention in the press, he gets an elbow. They always – always without exception – bring up one of Joe’s faux pas or gaffs or tangled-tongue mishaps as an aside to whatever actual story is being covered for the day. And yet, here he is. Despite all the baggage piled around him, Biden is on top of the pack of Democrats in the primaries where he has been since the beginning, and he is a clear leader in every measure of the general contest between any of the Democrats and Donald Trump.

If only the Democrats did not have to resolve the pesky policy decisions between the left and the more left and could simply declare that their primary and single objective was to beat Trump, preferably by a candidate with coattails sufficient to bring along the House and Senate. If that was only the objective here, there would probably be no question that Biden should be the candidate and that everybody else ought to get out of the way. The party could get behind Biden, and the general election against Trump could start right now.

Wait a minute. Isn’t that the number one objective right now? Doesn’t everything else pale by comparison to the mandatory, essential necessity of ousting Trump? If the Democrats can’t get this right in their primary elections, what are the chances that they won’t screw it up in the general?