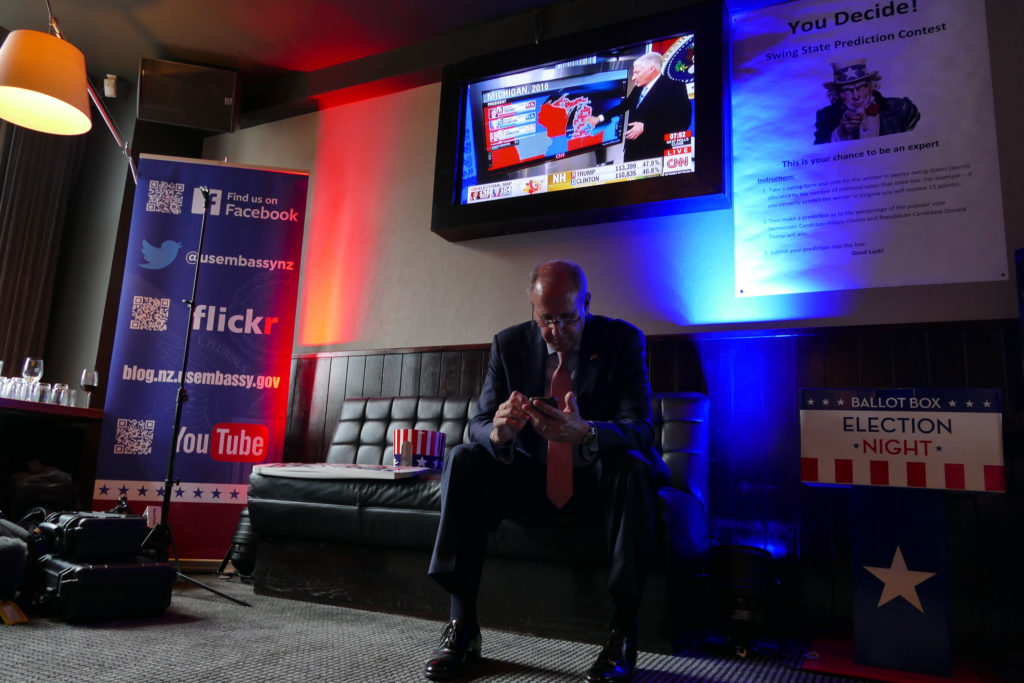 One of the lines of thought in the last couple of weeks, in some of the many sources of political punditry, is that the election results of 2017 and 2018 should be considered something of an outlier, a bit of a normal reaction to a change in election results in 2016.

Put another way, Democrats in the last couple of years did better than they should have any right to anticipate this year or next.

2020 is still ahead of us, but we now do know about the results of 2019. Short version: They're in line with the results of the last two years. This looks like a persistent pattern, and not on likely to simply vanish a year from now, in the heavyweight presidential and other election contests.

President Donald Trump may have had some confidence in this temporary-shift theory. He campaigned in Kentucky, on behalf of incumbent Republican Governor Matt Bevan, only a day before the election. He said there that if lost, "they're going to say Trump suffered the greatest defeat in the history of the world... You can't let that happen to me!" Well, Bevin lost.

There were many local factors involved in that governor's race, as there are in most governor's races (not least, in this instance, that Bevin personally was deeply disliked and was by some measures the least popular governor in the country). But Trump put himself out there, tied himself to Bevin, and sent the explicit message to his supporters throughout that state that Bevin's win was critically important to him. Bevin did come close, very close, but he still lost in a state Trump carried in 2016 by 30 percentage points.

The point shouldn't be pressed too far. Analyst Dave Wasserman tweeted, "Reality check: a <1% Dem win against an unpopular GOP governor is *not* a sign KY is competitive at the federal level in 2020." True: Kentucky is extremely unlikely to go blue in the presidential. And other major office Republican candidates did much better than the disliked Bevin. The fact that it was willing to bend this year as far as it has, though, is a real indicator of what might happen in the battlegrounds.

That was the most startling result on election night, though it was not the only result of note. Democrats flipped both houses of the Virginia legislature, where they had made great progress two years ago but fell short of outright control. Now Democrats have the vaunted "trifecta" there - control of state government generally, and through the redistricting season.

The other major national contest, for governor in Mississippi, was always a longer shot, though the Democratic candidate - Attorney General Jim Hood - was the strongest contender his party had available. Mississippi may simply have been too hard a reach for anyone not Republican. But Hood's vote too was certainly respectable in a difficult environment.

IDAHO As this is written only early votes were available in the Ada County city races, two of which - in Boise and Meridian, the state's two largest municipalities - had some regional significance.

Meridian had an open mayoral seat, with the retirement of veteran Tammy de Weerd. Local analysts tended to figure Robert Simison, who had been de Weerd's chief of staff for some years, as the top contender, and it seemed to work out that way; as this is written he was getting about half of the vote in a five-person field, enough for an easy and clear win. Legislator Joe Palmer spent a good deal of money but that seemed good enough only for a distant second place. Immediate lesson: Meridian voters weren't looking for a change; Simison seems likely to mostly hew to de Weerd's direction of encouraging growth and steering away from unnecessary controversy.

Boise is a different situation. As this is written - with less than a third of the vote counted - incumbent Mayor David Bieter was stuck in a distinct second place (30.5% of the vote at this moment) behind council member Lauren McLean (45.8%), who was explicitly taking him on and calling for some change in approach. The five other candidates in the race were far behind, and if later counts fail to push either McLean or Bieter over 50% - which seems less than likely - they will be face off in a few weeks in a doubtless hotly-contested runoff.

That the four-term mayor seems to be receiving only around a third of the vote (as of this writing) seems quite a commentary. More on that in the column to appear in another few days.