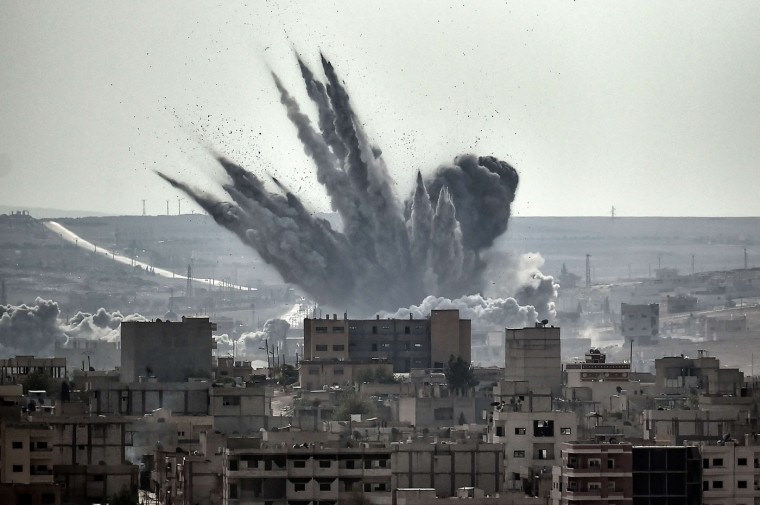 President Trump made four adversaries and an erstwhile ally extremely happy on Wednesday by announcing a precipitous withdrawal of U.S. troops from Syria. The governments of Russia, Syria, Iran and Turkey, as well as the Islamic State terrorists, have been hoping, praying and clamoring for just such an American retreat. They have to be very pleased with our Commander-in-Chief.

Turkey wants to go into eastern Syria to annihilate the brave Kurds who have been fighting and dying to help the United States eliminate the ISIS threat to America. Contrary to the President’s claim that the terrorists have been defeated, about 20,000-30,000 of these dangerous cutthroats still exist and they still are intent on doing our country great harm. The President has paved the way for a Kurdish bloodbath, while letting ISIS off the hook.

The announcement is an absolute betrayal of our Kurdish allies. They had been encouraged into our fight against the Islamic State terrorists with promises by America of military support and help to establish a safe enclave for their people in eastern Syria. The Kurdish forces worked in good faith to largely destroy the ISIS forces in Syria, suffering many casualties in the process. They and the rest of the world now see that America cannot be relied upon to keep its promises.

Of course, Russia and its Iranian and Syrian allies, have got to be tickled pink by the American decision to bug out of Syria and place the fate of the Kurds in their bloody hands. It is also a victory for the Lebanese terrorist group, Hezbollah, which has strongly supported the murderous Assad regime.

The President’s decision blindsided the Pentagon and State Department. Both had just publicly disclosed plans for continuing the American commitment to the Kurds until ISIS no longer posed a threat to our country and the Kurds were assured of peace and security. It is almost impossible to comprehend such an absolute about-face, apparently made on the spur of the moment.

Congress was also caught totally off guard as indicated by the response from Senators Lindsey Graham and Bob Corker. They and many other members of Congress have expressed surprise and befuddlement by the precipitous decision.

An immediate retreat from Syria will harm the security interests of the United States. It will let ISIS off the hook, result in untold grief for the Kurds, cause our other allies around the world to question the reliability of America, and essentially turn over the fate of the Middle East to our sworn enemies. Betraying the Kurds will come back to haunt the United States.

I was sickened by our unconscionable betrayal of an ally in 1975, when the U.S. failed to lift a finger to help the South Vietnamese turn back an invasion from the North, despite President Nixon’s iron-clad promise that our air power would be there to protect them. Nor did we make a concerted effort to evacuate our South Vietnamese friends and allies when the collapse of their country was imminent. Thousands of South Vietnamese soldiers and officials were killed or persecuted for siding with us, including many Catholic soldiers with whom I served. Let’s not let it happen again to the Kurds. If we do, what nation would want to partner up with America in the future?