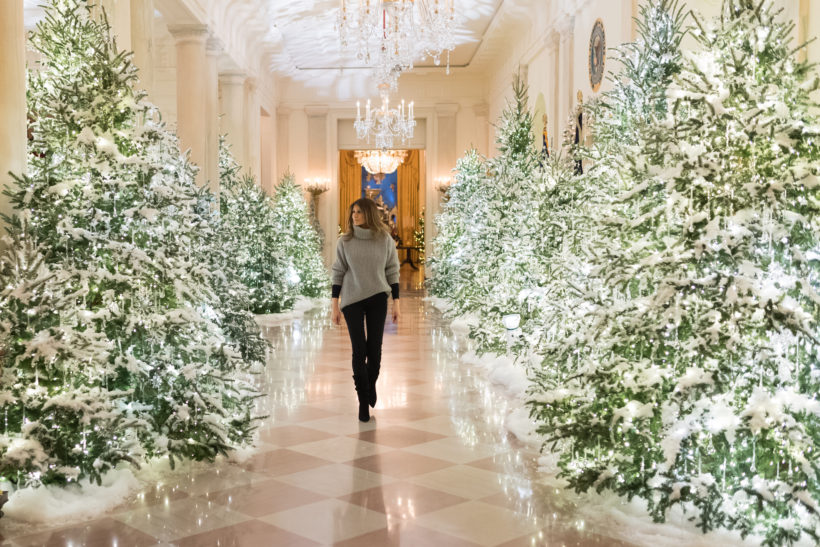 It is well known that the President is a big fan of coal. It plays a central part in his energy program. In fact, he has repeatedly called for an increase in the mining and burning of coal. He has promised to revitalize the coal industry and bring back coal-mining jobs. During campaign appearances in coal country leading up to the midterm elections, his supporters passed out placards proclaiming “TRUMP DIGS COAL.”

Energy sector analysts point out that other sources of energy are cleaner and have become cheaper than coal, but that has not diminished the Chief’s passion for coal. He has directed Energy Secretary Rick Perry to implement a program to subsidize the use of coal. Perry, the candidate who famously forgot the name of the agency he now runs during the 2016 presidential debates, is working on a plan to keep coal-fired plants running with taxpayer help.

And, the President is not afraid of ruffling a few feathers in the process. During meetings in Germany and Poland in November and December, his people touted the benefits of burning coal at meetings designed to fight climate change. While participants from almost every country were pointing out the planet-killing effects of burning coal, our guys were in there pitching for that much-maligned substance. It took some moxie to stand up for a fuel whose pollution contributes to hundreds of thousands of deaths around the globe every year.

In a little-noticed report issued by the U.S. Geological Survey on Black Friday, it was disclosed that about a quarter of U.S. greenhouse gas emissions in our country come from coal and oil extracted from federally-controlled lands. The President wants to open up additional federal lands for extraction of fossil fuels.

Another federal report released the same day warned that damage from climate change is intensifying across the country, thanks to greenhouse gas emissions from the burning of fossil fuels--coal and oil. The President pooh-poohed the findings of his own governmental agencies. Apparently, it is full-steam ahead with heating up the planet.

This has created a real dilemma for Santa Claus. According to some sources, Santa has placed the President on a naughty list, partly for global warming issues but also for having a standoffish relationship with the truth and a too close relationship with a bunny and a star of prurient movies. In the President’s defense, his friends Vladimir the Russian and MBS, a Saudi prince who turned a Saudi human rights advocate into hamburger, were higher up on the naughty list.

The coal-burning/global-warming issue is personal for Santa because he lives and works at the North Pole. It is not a secret that global warming is melting the ice at Santa’s workshop and he is sore that he will eventually have to move his operation or close it down.

Santa normally puts lumps of coal in the stockings of people who are on his naughty list. But, if the purpose of doing so is to admonish the naughty person, what do you do with the delinquent who actually love coal and lots of it? It presents a real dilemma for the Jolly Old Elf. My thought is that we ought to take the coal away from our leader--leave it in the ground. That would help Santa and all of the rest of us to breathe easier.

This is a summary of a few items in the Idaho Weekly Briefing for December 17. Would you like to know more? Send us a note at stapilus@ridenbaugh.com.

TO OUR READERS: This edition is the last of 2018, as we take a one-week break for the Christmas holidays. We’ll return on January 7 with an edition covering the end of 2018 and first week of 2019.

More growth in business news continued through the week as unemployment levels dropped to near record lows. How long will those levels persist? Meanwhile, as much of the state saw snow or slush, Idahoans prepared for the Christmas-New Year’s holidays.

Idaho’s seasonally adjusted unemployment rate was 2.6% in November, down slightly from October and continuing at or below 3% for the 15th consecutive month. The state’s labor force – the total number of people 16 years of age and older working or looking for work – was 854,243, increasing by 0.1% and essentially unchanged since July.

Governor-elect Brad Little’s transition committee continues its work. Kelley Packer will lead as Bureau Chief of the Idaho Bureau of Occupational Licensure. Packer is a former Idaho State Representative from McCammon. Tom Kealey will be the new Director of the Department of Commerce. Kealey is a co-owner of the restaurant chain Chicago Connection and a former executive at Morrison-Knudsen. The chairman and executive director of the Idaho Democratic Party have announced their impending exits which will take place March 16. Chairman Bert Marley, will not seek re-election when the post is next up for election on March 16. Marley has been chair of the IDP since August 2015.

Idaho’s growing economy, a consistent decrease in layoffs and a solvent Unemployment Insurance Trust Fund are all contributing to a 6.6% decrease in unemployment insurance tax rates for 2019.

Boise Kind is a community-wide initiative that highlights, protects and promotes the community’s core values and helps to ensure Boise remains kind and welcoming.