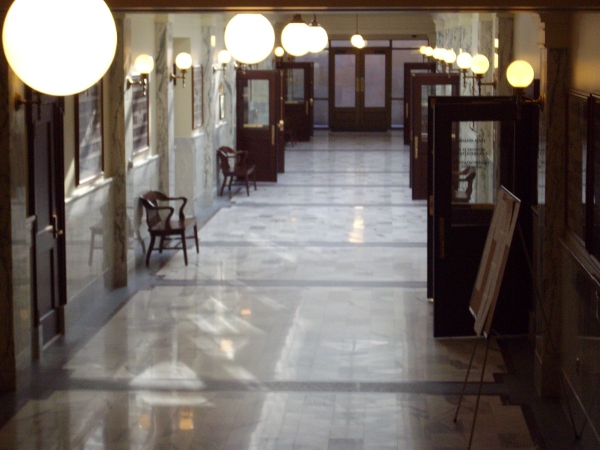 The just-ended North Idaho Chamber of Commerce tour for legislators is a biennial tradition, but the word emanating from the first gathering of incoming lawmakers is about an unusual subject as a primary topic.

Taxes and budgets are a little more to the norm. This time something else got a lot of attention, not least in the incoming governor’s address: Health care.

It makes perfect sense, what with the passage of the Medicaid expansion - Proposition 2 - ballot measure only days ago.

Some legislators will be inclined, or even committed, to oppose it and try to kill it. They’ve had the numbers to do that in legislative sessions reaching back almost a decade; hence the arrival of the ballot issue.

Legislators have reversed ballot issues before. They heavily modified at least (some would say gutted) the One Percent initiative of 1978. They outright reversed a term limits issue in the early 90s.

Still, before too eagerly taking the knives to Medicaid expansion, legislators may want to pause a bit. I’ll leave to others to discuss the impacts on the health of actual Idaho citizens, important as that is. Here, I’ll just toss out for consideration a few political facts.

Expansion did not pass by a little. It passed by a lot: 60.6 percent - a landslide.

And it was widespread. Because of the requirement (legislature-imposed) that ballot issues must demonstrate substantial support in legislative districts all over the state, there was in fact support for Prop 2 all over the state.

The top three counties in levels of support - Blaine, Teton and Latah - could be explained away by critics as places that do have significant Democratic bases. And that’s true. But Valley County, which to date is strongly Republican, supported it 67.3 percent. Twin Falls County backed it 58.2 percent, Bonneville 57.4 percent, Canyon 56.8 percent, Payette 56.6 percent. If Idaho has a localized beating heart of movement conservatism you could probably best place it at Kootenai County, and even there it passed, albeit narrowly, at 50.4 percent.

Of Idaho’s 44 counties, just nine opposed Prop 2, but none overwhelmingly: Its weakest county was Jefferson, and there it received about 41 percent support.

I skipped the most significant county. From a standpoint of raw politics, the most important was Ada County, where Prop 2 passed with 69.7% - and that’s county-wide, not the city of Boise, but Meridian, Kuna, Eagle and Star as well. All but four precincts out of more than 140 approved it.

It is also important because Ada County west of Boise is where Republican dominance is most critically being challenged, where in this year’s election breaches were found, on the Ada County Commission (two seats flipping to Democrats) and in legislative District 15 (two seats at least flipped there). Maybe the Democratic push goes no further. But know this: It can progress in 2020 if its candidates have good ammunition in hand, and legislative reversal of Prop 2 would be some of the strongest ammunition they could have.

The national evidence this year is that health care is a big issue; many of the newly-arriving Democrats to the U.S. House campaigned more heavily on that than on anything else. There’s no reason it can’t be potent in Idaho next time around as well.

Republican legislators might be able to round up the votes to reverse or gut Medicaid expansion at the Statehouse. But they would be well advised to consider all the consequences, political included, if they do.