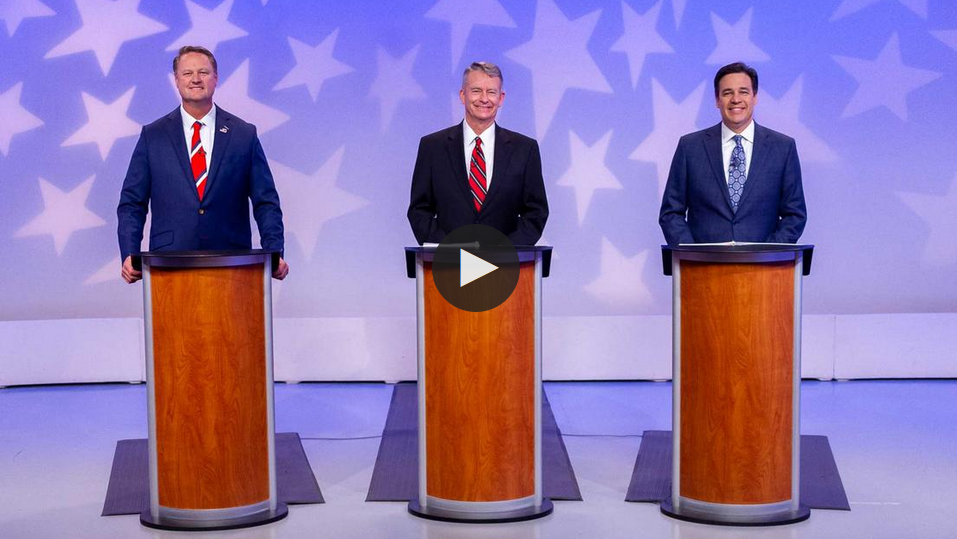 There was a moment in the Idaho Public Television debate last week between the three main Republican gubernatorial candidates when one of them started to talk about something that wasn’t a political cliche.

A little more than halfway through, businessman and physician Tommy Ahlquist was discussing health care policy. A former emergency room physician himself, he talked for a minute or a little more about his observations of the way health care costs have risen, about the lack of transparency in costs and methods, and other problems he observed. He spoke of a meeting in Twin Falls where he asked other physicians how much a particular procedure would cost - and none of them had any idea. (That rings absolutely true: I’ve heard about similar questions and replies in other states.) The subject was compelling and would have been enlightening for a lot of viewers, had he pursued it.

But this was, after all, a debate among the three candidates for the Republican nomination for governor of Idaho, so Ahlquist caught himself and veered into support for “reform” of Medicaid (which he didn’t clearly define, but which at the national level tends to mean moves toward defunding it).

Ahlquist was on stage with fellow contenders Brad Little, the lieutenant governor demonstrating the most specific knowledge about state government, and Raul Labrador, the U.S. representative who spoke most clearly and articulately. All three were fluent in GOP primary-speak - as they should be, having become deeply experienced in the world of candidate forums over the last year - and based on their performance the differences between them at this point seemed to relate more to personality and style than to questions of governance.

All three made sure to use the word “conservative” every couple of sentences or so, as if it were a gulp of air when underwater, or fairy dust or a magic potion sprinkled to brighten the picture or ward off opposition. The word also is never clearly defined, of course; to define it would rob it of its all-purpose use. The only point to be made is that, “I have more of it than you do.”

Asked about President Donald Trump, the basic response from all three was to quibble about his “style” (the word seized on by all three, also left undefined) but to express general approval of what he has done, or hasn’t, substantively. “I see great advancement,” Little said; the others more or less concurred.

The attempts by all three to differentiate themselves - as any good marketer would - seemed especially facile this go-round. Labrador talked, “the courage to make the tough decisions”, Little about how, “Idaho is the envy” of other states (a reference to his larger experience in state government, a resume point he didn’t push too hard), Ahlquist about how, “we need to change the status quo.” Every so often someone would offer a specific data point in support, but those were widely scattered and not effectively linked.

After a year of candidate events, you’d imagine that all of them would be prepared for just about any inquiry at this point, but all three had weak moments. The most jarring may have come when Ahlquist was asked about the proposal to impose criminal punishments for abortion, specifically whether he would sign a recently-proposed bill to that effect. Ahlquist’s weave and dodge wasn’t even artful. Labrador and Little both said they would not sign it. When Labrador then suggested Ahlquist’s non-answer should disqualify him from the governorship, and Ahlquist was given the opportunity to reply, his response was to blast Labrador rather than directly answer.

So. There are lots of data points to use to choosing among the candidates for the Republican nomination, which you could mine from news reports, official statements and other places over a period of years. But on the evidence of their statements and performance in the main debate from last week:

If your concern in deciding who to support or oppose is about who is the “conservative” (however you personally might define that), or if you’re a Democrat or a non-conservative Republican, I have no idea what to tell you. Flip a three-sided coin.