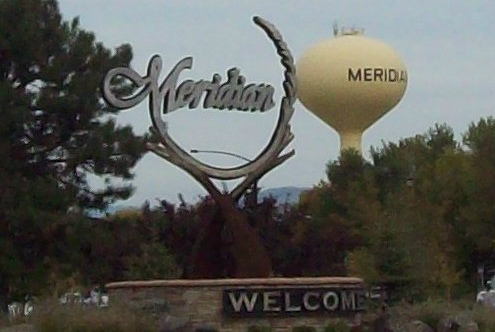 This seems too significant a milestone in Idaho history to go unheralded - and noted for what Idaho is becoming.

From the Community Planning Association of Southwest Idaho (COMPASS), on Tuesday:

That’s not exactly an official number, since it isn’t a U.S. Census statistic, but it’s probably pretty close. Likely it means that after the 2020 census, Meridian will be reported with a population well over 100,000, and Nampa, which will be in third place among Idaho cities, has a good chance of clearing 100,000 as well. (Below that the numbers will fall steeply, down to Idaho Falls at probably about 65,000.)

This means those three largest cities, all within a few miles of each other, between them will be home to nearly a half-million people. But even that understates the picture, since COMPASS also estimates the current overall population of Ada and Canyon counties at 688,110. At the current growth rate, if that number is a good estimate, then those two counties may account for close to 750,000 people by the time of the next census.

Idaho’s total population is now estimated at 1.75 million by the Census. If COMPASS is right, then Ada and Canyon alone now account for 39.3 percent of the state’s population. In, say, 1980, that percentage was 27.1 percent.

Look at Meridian. When I came to Idaho in the early 70s, Meridian’s population was under 6,000 people; now, you have to add 100,000 to that. They live mostly in a vast expanse of subdivisions and other housing developments.

What has generated that development? At core, it isn’t business or government growth. Lots of businesses and government (and educational and health facilities) have sprouted, but they’re mostly there to service the people who moved to the area. These people moved to a sprawling field of suburbia, a relatively affordable place with lots of new housing and new services. It is a bedroom community, serving the nearby area and its own internal growth.

Don’t expect this to end soon. In the new book (put together by the Association of Idaho Cities and which - disclosure here - I published) called Idaho’s 200 Cities, Meridian saw its future this way: “By 2050 Meridian’s population will more than double with many of its boundaries abutting those of neighboring cities.” That does not sound like an unreasonable projection from where we are now.

The smaller-population areas of Idaho that also have been growing quickly - around Twin Falls and Coeur d’Alene, for example - are similar: Suburbs that look a lot like Meridian.

The people of Idaho were once, in large part, cowboys, farmers, miners and loggers. Some still are, but increasingly they are suburbanites. Look upon Meridian, and see Idaho’s future.