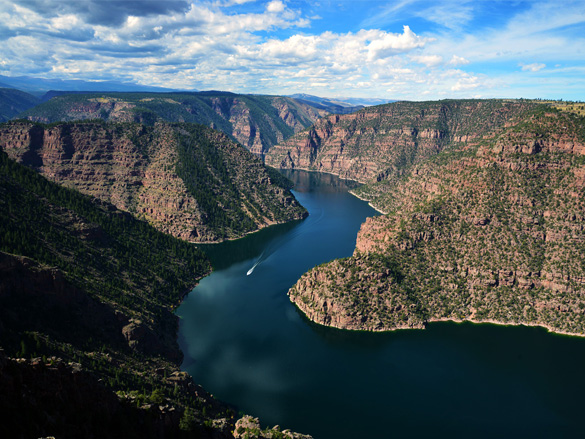 The state of Oklahoma on October 10 approved a major water diversion request by the city of Oklahoma City. Oklahoma City had asked the state for a regular permit to use 115,000 acre feet from the Kiamichi River and Sardis Lake for general municipal uses. The state noted “the application was protested by 85 persons including entities, 25 of whom were recognized as parties at the date of the hearing,” which was held on August 21 to 24.

The state of Oregon positioned itself in late October to reject a proposal from Nestle Water for its plan to bottle water from the Cascade Locks area in the Columbia River Gorge. The proposal for a Nestle water bottling plant would involve an exchange of .5 cfs of spring water, presently being used for a state Department of Fish & Wildlife salmon hatchery, for an equivalent amount of Cascade Locks city groundwater.

In a critical ruling for Wisconsin’s waters, Dane County Circuit Court ordered the DNR to vacate, or invalidate, seven high-capacity well permits and remand one for consideration. Clean Wisconsin sued the DNR in October of 2016, after the agency issued a series of high-capacity well permits that disregarded its own scientific analysis of the impacts the wells would have on neighboring water bodies. The proposed wells would be located primarily in the Central Sands region of Wisconsin, where groundwater depletion is already a serious problem.

The Bureau of Reclamation has released a Finding of No Significant Impact for Alternative 1 from the Bureau of Land Management’s 2014 Final Environmental Assessment for the Southern Nevada Intertie (Harry Allen to Eldorado 500 kV Transmission) Project.

A new Boise River system feasibility study has been launched to investigate the possibility of increasing surface water storage in the Boise River watershed by raising the height of up to three dams on the Boise River. The Bureau of Reclamation and the Idaho Water Resource Board (IWRB) are working together on options to increase water storage capacity at Arrowrock, Anderson Ranch, and/or Lucky Peak dams.

More from DigestsMore posts in Digests »