Every once in a while I see something that restores my faith in democracy.
I witnessed such last week in Coeur d’Alene when I attended State Representative Luke Malek’s town hall meeting held at a Coeur d’Alene Fire Station.

Over 60 people were present, many standing in the too small conference room. A Malek aide said they had expected 10 people, based on a previous meeting, and were as surprised as any one.

Remarkable to this observer was not one word was heard regarding national issues, whether immigration reform, or President Obama Middle East strategy, or presidential preferences.

To top everything off, it was all civil. People listened respectfully and though one or two folks briefly mounted soap boxes to vent about a personal issue. Even this was short and sweet with the speaker showing sensitivity to time. All this is a tribute to Malek, a young attorney who though a solid conservative has been challenged and is being challenged again by the Republican’s Tea Party faction.

To these wingnuts because Malek does not decide issues on their narrow ideological view of the world but rather listens to people and tries to solve problems, he is a RINO (Republican in Name Only) and has to be replaced with one of their own.

To some observers, of the the three state senators and six state representatives who represent Kootenai county in the Legislature, Malek is the only one that has a lick of common sense and dares to speak forthrightly.

Under the GOP-instituted closed primary moderates like Malek are vulnerable to a challenge by the hard-line right wing because they do get their voters out in the primary.

Last time around Malek won his primary by 187 votes. This time around he is being challenged by another Coeur d’Alene attorney much more to the liking of the Tea Party. Others being targeted for removal in the primary in north Idaho include ten-term State Senator Shawn Keough who twice rebuffed primary challenges.

In district five the “Constitutionalists” in the Tea Party are putting a challenger up against first term State Representative Caroline Nilsson Troy, another intelligent conservative who is not conservative enough.

Malek has many admirable traits but in particular his candor stands out. In his brief opening remarks he explained how he had changed positions on the Horse Racing issue and voted to over-ride Governor Otter’s veto once he recognized the televised “historical horse races” were remarkably close to slot machines.

He told the audience more funding for education would be a top priority. He admitted he had not read the Washington Supreme Court ruling overturning state support for charter schools and said he was sure if there was a basis to challenge charter schools in Idaho someone would do it,

He said the Coeur d’Alene Charter School was one of the best examples of how charter schools could work. He conceded a bias based on his own home school education (until his last year of high school when he attended and graduated from Spokane’s Gonzaga Prep).

Asked by an obvious supporter of an unrestricted second amendment proponent as to whether he would sponsor or support a “constitutional carry” law, Malek replied with a firm no, not at this time.

He explained that while he had concealed weapon permits issued by Idaho and Utah he nonetheless felt that it was not needed nor until society got a better handle on how to keep firearms out of the hands of the mentally ill should the subject be raised.

He easily fielded and answered questions concerning a variety of local issues, from Coeur d’Alene’s new crisis center, to a push for a sales tax reduction on food, to over sight of the State’s judiciary, to delivering broad band to Idaho school districts, to Medicaid expansion.

It was a fine example of a solid legislator working to keep his constituents well informed. Here’s hoping they know how lucky they are. 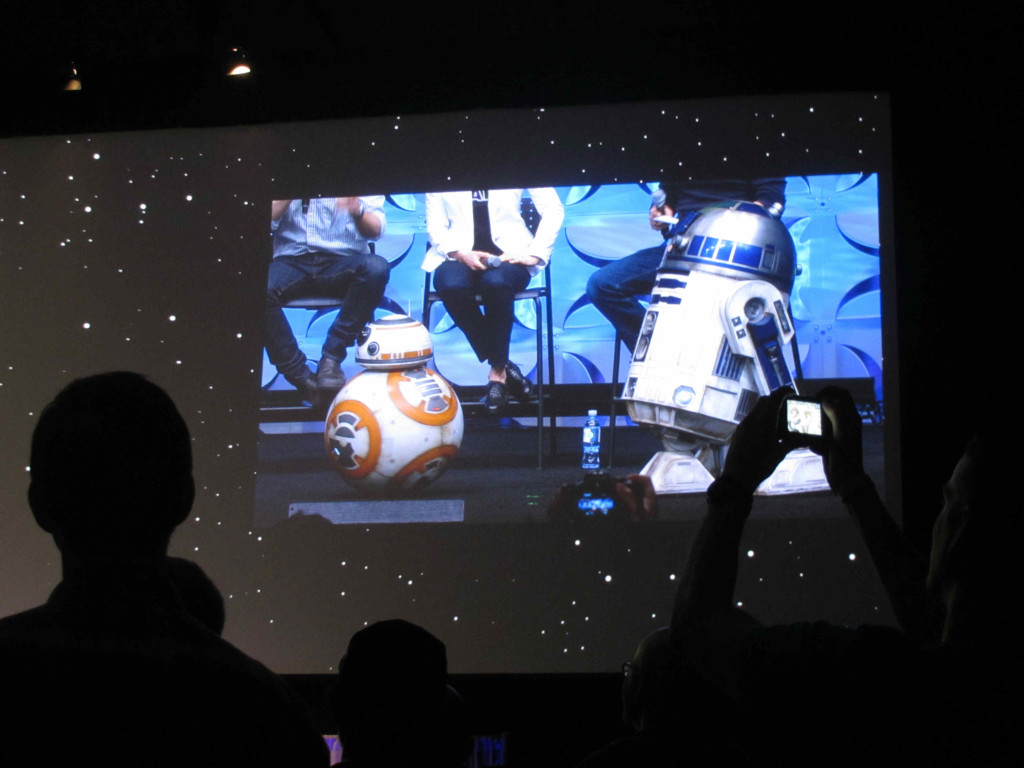 In 1977 I walked into a movie theater to watch Star Wars, a few weeks after its release, to check out the movie the world seemed to be talking about. I liked it, as many did, not as passionately as some viewers did. But I liked it enough to turn up at a theater, in another city, when its successor, The Empire Strikes Back, was released.

Since then it's become a pattern, and for me an unusual one. Few things will pull me into a movie theatre these days. Viewing at home is a strong enough technical marvel that I don't miss the bigger screen. The high cost of "going to the movies," so much higher than in years past, is a disincentive. But so are so many of the movies: Some years ago I passed my fill of movies based, one way or another, on comic books. When I went to a theater for the first time in a couple of years (then, to see the terrific Lincoln), I sat through five previews, three of which were comics-based. Yawn. And another was an animation, which actually looked like the best of the lot, but which I'd be happy to watch at home.

Somehow, though, the new Star Wars movie had to be watched in theater. It wasn't just that I've established a routine through its six predecessors, which were of varying quality. It was also that I sensed I wouldn't be giving it a fair shot at entertaining me, in the way I was entertained before, if I didn't see it in that context. So I walked in, so as not to battle crowds, on a weekday afternoon.

And it was enjoyable. It was one of the better pieces in the series. And I look forward to watching the next one. In a theater.