A remarkable ad from the John Kasich presidential campaign, aimed at Donald Trump.

The Wages of Savings is Debt

Ever think about opening a savings account for your kids or grandkids? Prepare for a coronary.

Times have changed. I have fond recollections of my father marching me down to the Canada Post Office to open a savings account in which to squirrel away a small portion of my monthly newspaper route earnings, seeded by his very generous $5 Christmas gift. I promised to deposit 50 cents into the account every month, learning the virtue of thrift as I watched my money grow.

Every month I did as promised, and watched the postal clerk tote up the balance and hand-enter it into my passbook – but something was haywire. Every now and then, extra pennies were included in the account balance: three here, a nickel there. Confused, I asked the clerk to re-check his arithmetic. “Oh,” he said, “that extra money is the interest you earn on your deposits.”

At the time, the Canada Post was paying around 3 percent per year on simple savings accounts – as were most banks north and south of the border, and the U.S. Post Office as well.

Three cents free money for every dollar you had in there. Pretty cool, the young paperboy thought.

To digress a bit: Yes, you used to be able to open a savings account at the post office in the U.S., Canada and many European and Asian countries. You still can in Vietnam, Japan, Taiwan, Israel, France, Germany, South Korea, India, South Africa, among other places.

As we said, how times have changed. Five bucks can't open a savings account in any state or province in North America we're aware of. Our own bank requires an opening deposit of $25 and pays a staggering 0.01 percent in interest. Additionally, it exacts a $4 monthly “service charge” if one's balance drops below $3,000 – even for a day.

Under those terms, your minimum $25 deposit would shrink at the rate of $4 per month, leaving you with a $1 balance at the end of six months and $3 underwater at seven months. One's money is clearly safer under the mattress.

Back when we still young and tossing newspapers off the back of Copper, our chestnut-coloured cutting horse, we didn't know anything about mortgages, compound interest, or any of that other adult stuff.

Looking to history, however, we learn that while the banks and post offices were paying 3 percent interest on savings accounts, the banks and government agencies like FHA and the VA were charging twice that rate – 6 percent – for 30-year fixed-rate home mortgages. That's a 100 percent mark-up. A grocery store owner should be so flush.

It's gotten much better for banks these days and much worse for us in the intervening 55 years since we first started in the newspaper business.

Nowadays and with stellar credit, one can obtain a 30-year fixed-rate mortgage for 4 percent from a lender which is meanwhile paying a wholesale price of 0.01 percent for its “raw material,” that is, the cost of its savings deposits. That's a 40,000 percent mark-up, not the seemingly extravagant (but in hindsight niggardly) 100 percent mark-up typical of 1960.

Surely there is an economist who can explain to us why this cavernous difference between 100 percent and 40,000 percent exists without needing such words as “larceny” or “criminal,” or busting out laughing at our naivety – or at least explain to us why opening a savings account is such a speedy way to go broke. 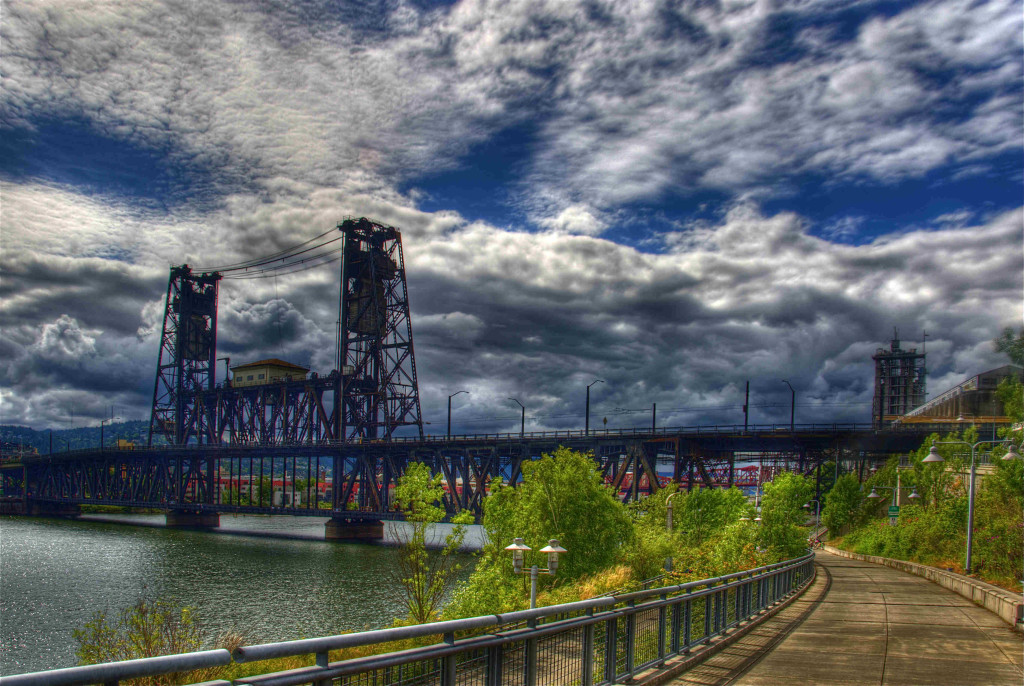 Over the last few days the word has gone out, through a variety of media: Raise Oregon taxes significantly on major corporations, and a bunch of them may leave the state. That's a tough argument against the tax initiative now underway.

It doesn't seem to have hurt support for the measure though. A DHM Research poll conducted just before last week shows twice as much support (60% to 30%) as opposition to the measure. What it would do would tax sales (of tangible goods) and services above $25 million in the state; the idea would be to capture substantial tax revenue critics say has been escaping for some years.

The group Our Oregon, which is backing the initiative, said that "Just looking at Oregon, we know that in 2012, nearly 400 corporations exploited a loophole to bring their tax bills down to zero. That cost us $9 million dollars in much-needed revenue. Oregon taxpayers have handed out $6 billion in corporate subsidies. That money could have gone to our schools (which have been hit with devastating cuts in recent years), or to services for our seniors. It could have made healthcare more affordable, or made waiting lists for state services a bit more approachable."

There will be plenty of opposition; the poll was financed in part by someone apparently interested in supporting an "alternative" proposal. And it is true that support for ballot issues tends to drop as time wears on, and a lot of time remains before the vote.

The argument that a bunch of corporations may pick up stakes walk from Oregon feels a little hollow, though. We heard the same kind of argument a few years ago that wealthy people would flee the state if voters passed an income tax increase on upper incomes; the voters did, and the flight didn't happen. It wasn't a big enough factor to outweigh the other costs and loss of income. Most likely, neither is this one. - rs