Will Allen Alley run for Governor in 2016? Here are the reasons he won’t.

Oregon GOP is a distinct minority today: Running for a statewide office in Oregon as a Republican is already an uphill battle. T he GOP now makes up just 30% of the voting population. Democrats are at 38%. NAV and Independent Party together are 29%. The NAV/IPO voters typically break 55% Democrat and 45% GOP. Minor party candidates and “others” typically make up 2- 3% of the vote. That means the Democrat is going to start off with a 10% advantage (Dem: 53%, GOP: 43%, Other 3%.) And, meaning that a GOP candidate will have to get some Democratic crossover voters, hold the GOP vote, and win the i/Independent voters by over 20% (At least 60/40)

The GOP vote is declining: And it isn’t getting any better. For the period from May 1, 2014 until February 1, 2015 (9 months), 101,892 new voters (never before registered) registered in Oregon. I am assuming this largely represents younger voters and new to Oregon voters.

But Alley Represents a different GOP: Yes, he does. He is pretty moderate, has solid business background and hasn’t risen within the GOP ranks based on his orthodox political views. He has proven he can work cross aisle in Salem. Of course that means he also won’t get the wholehearted support of the most important GOP base, the social conservatives. The GOP has built it’s GOTV and small grass roots on social conservatism and nativism. They will work for Alley, because they despise Gov. Brown and all she stands for. But they won’t go to the mats, and once it becomes apparent Alley is a long shot, they will regroup and devote themselves to either their local rural candidates or one or more ballot measures that feature the red meat conservative issues.

Gov. Brown has had few missteps: Democrats like Gov. Brown, and other than her temporary waffling on clean fuels, are pleased with her leadership. She has done little wrong to incur the wrath of most Democratic voters. And she has done little to surprise i/Independent voters. Not that they are all in her corner, but consistency and lack of surprise goes a long way with less motivated voters.

The Independent Candidate: Here is probably the straw that will stir the drink for Mr. Alley. The Independent Party of Oregon is now a major party and it’s nominations will be on the May primary ballot, giving all it’s candidates a real boost in the arm. The only current announced IPO candidate for Governor is Cliff Thomason, a rural Oregon businessman who is putting together a campaign based on rural agriculture, green jobs and local control. Thomason will definitely attract disaffected Democrats who won’t vote GOP because of social issues and many rural independent voters. These are the exact voters a moderate GOP candidate will need to defeat an incumbent Democratic Governor. If polling shows that an IPO candidate on the ballot can attract even 5-10% in a three way contest with Mr. Alley and Gov. Brown, the math gets worse for Mr. Alley. Likely much worse.

While Mr. Alley is probably the strongest GOP candidate for Governor, all these factors will likely make Mr. Alley decide to opt out of the 2016 race.

Alley may be looking ahead. In 2018 there will be another election for Governor. That race will be after a 2017 legislative session where Gov. Brown will either have signed brutal budget cuts or have handed out the $5 billion in tax increases if the Our Oregon ballot measures passes in 2016. And importantly, with Motor Voter the IPO will likely have lost major party status and lose the primary ballot access. This will be the analysis for all GOP candidates of course, including Knute Buehler and Julie Parrish, should they desire to run for statewide office.

So while 2018 may be a busy D versus R election, the 2016 race for Governor may be equally interesting if it comes down to a three way race between Democrat Gov. Brown, Republican Dr. Bud Pierce and Independent Cliff Thomason. In fact, if that’s the lineup, the IPO candidate may do much better than 5-10%. 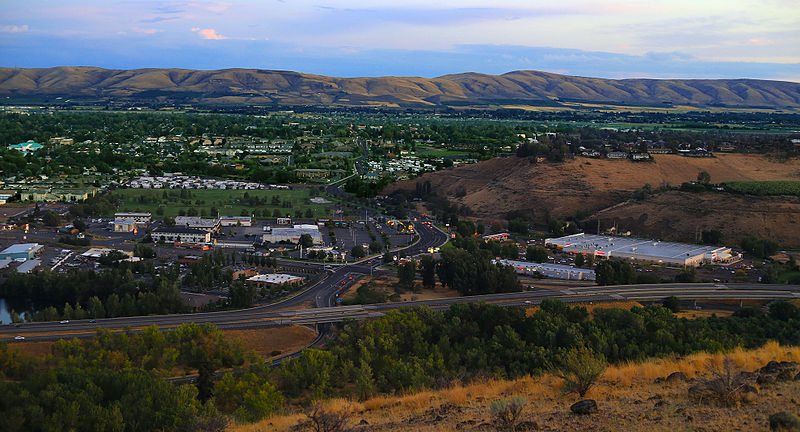 Here's another report from Tuesday's election on a topic that wasn't much reported at the time, this one from the Daily Kos election sheet: "Yakima, a town of 91,000 residents in the agricultural part of central Washington state, is 41 percent Hispanic according to the 2010 Census. It, however, had previously never elected a Hispanic to its city council, in large part because all seven city council seats were elected at-large, essentially letting city's (mostly Republican) white voter majority pick all seven. The ACLU brought a lawsuit against Yakima under Section 2 of the Voting Rights Act, claiming that the at-large council system impermissibly diluted the Hispanic community's voting strength. In 2014, a federal court agreed, forcing the city to switch to a system of electing councilmembers by district. And lo and behold, in this year's elections, Yakima voters elected three councilors from the districts where the city's Hispanics are heavily concentrated." (photo)