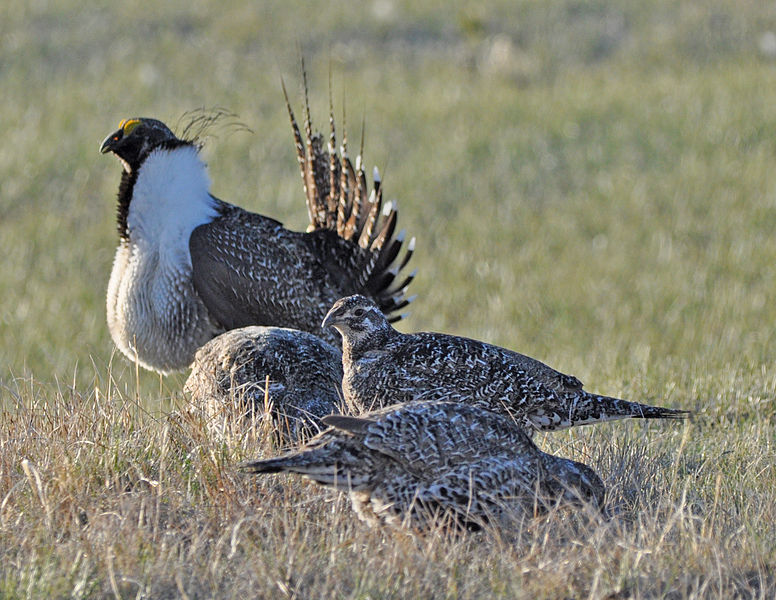 The biggest news in Idaho last week was the determination by the federal Department of Interior that sage grouse would not be declared as endangered, in large part because of actions the states have taken where the grouse are extent. Some changes in federal environmental rules, reflecting the state activities, were put in place. A number of western governors cheered the development. Idaho Governor C.L. “Butch” Otter was not one of them. He, in fact, was displeased enough to file a lawsuit over the federal decision. Was this simply a matter of Obama Administration enthusiasts banding together for a big new federal rule? Before you conclude so, consider this statement from Oregon state Representative Cliff Benz, a Republican who represents a massive area on the east side of his state facing the Idaho border:

The decision not to list the Grouse under the ESA means that protection of the bird on private, and to a certain extent, federal land in Eastern Oregon will be regulated by Salem and not Washington, D. C. This means that when a land owner wants to change the use of his or her land, in a way that might affect core grouse habitat, they will be able to address the issue with Oregon, and not federal, people. Although change of regulation or arguing about the application of rules at the state level is difficult, it is not impossible. Changing regulations at the federal level is extraordinarily difficult and expensive, so avoiding a listing under the ESA and the massive wall of federal regulations that would have accompanied the listing, is a huge victory for Oregon.

Said Rep. Bentz (R-Ontario): “It is impossible to thank all of those who worked so hard for this hugely positive result, but I want to specifically thank Harney County Judge Steve Grasty, Oregon Cattlemen’s Association Vice President John O’Keeffe, Drewsey rancher Carol Dunten, and from the Governor’s office, Richard Whitman, (Senior Natural Resources Advisor), for the enormous amount of work, and time, and in many cases, unbelievable patience they devoted to the effort.”