The other kind of military equipment 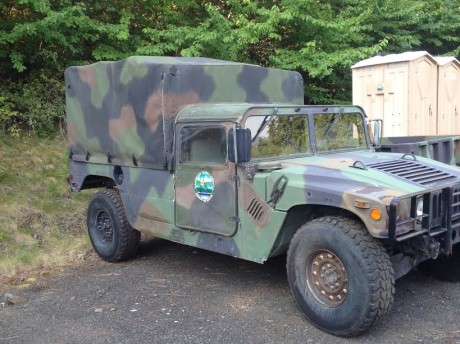 Last week we listed the county breakdown of recipients of surplus equipment from the Department of Defense – much of which, in widespread complaint, has contributed to a militarization of police forces around the country.

Not all of that equipment, however, has such daunting or military-style uses, and a good deal of what’s included in various categories – such as armored vehicles – is more everyday than the category name might suggest. Chris Goetz, sheriff at Clearwater County in Idaho, wrote in to describe how the DOD equipment his small county has received is being used there.

After reading this week’s Idaho Weekly Briefing I wanted to share some of my thoughts on the article about the militarization of local law enforcement.

The recent events in Ferguson Missouri has put a spotlight on only one part of the program that allows local law enforcement to receive equipment from the federal government. I would like to start with the items specifically list on the NY Times map.

The answer is that the two vehicles that they are talking about are not armored at all. They are two humvees (picture attached) with vinyl doors and a vinyl top which has a hard time keeping a hard rain out let alone bullets. We requested and received these vehicles for use during search and rescue operations. Flooding, landslides and wildfires are thing that we have to deal with at some level every year and these vehicles are a great asset during these events due to the ability to cross small land slides and cross flooded areas that normal vehicles can not handle.

The next question would be, why not use the National Guard during these emergencies? We have tried to use them in the past and it is extremely difficult and expensive to use the National Guard and usually not the best use of resources. Obviously when there is an event like Katrina in New Orleans the event is to large for any local agency to handle and outside resources are needed but when the event is small enough to be handled by local and neighboring agencies why not allow us to have the resources to take care of the event. Because these humvees are not armored the military decided that they no longer had a use for them but they have been a great benefit to us.

The next item are the assault rifles (picture attached). We have four M14, .308 rifles that when you look at the picture is not what most people think of as an assault rifle. You can debate if local law enforcement needs to get this kind of rifle or not from the military. I think the bigger question would be; If local law enforcement did not get these kinds of rifles from the military would they have them or not? I think the answer would be that they would have rifles even if they were not available from the military. For Clearwater County everyone of our deputies are issued a patrol rifle that was purchased by the County. The rifles that we got from the military have already been paid for by the tax payers and were sitting in storage.

We have received other equipment from the military but because it is not an assault rifle or amored vehicle does not get the same attention. Other items that we have received include, generators, sleeping bags, packs, sleeping mats, cold weather jackets, water pumps, trailers, atv’s and a couple pickup trucks. Once again these items are primarily used for natural disasters and search and rescue operations. 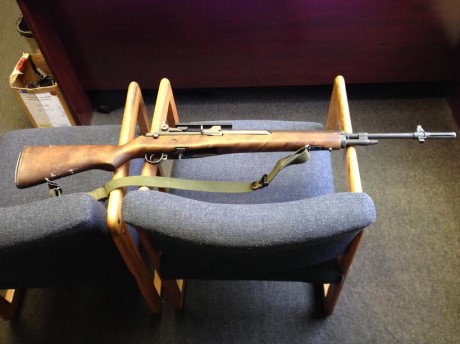 It appears to me that the story is trying to be spun to show that law enforcement in America is out of control and using weapons and tactics that should only be used on the battle field. This maybe the case in a very few isolated incidents but from my perspective is no where near the norm. When you look at Ferguson, Missouri they claim that the police were acting like the military and then they bring in the military to try and get things under control.

When we talk about some of these military types of equipment and weapons that are available to local law enforcement the questions that come to me are:

1. Would local law enforcement have the weapons or equipment if it was not available from the military?

2. How is this equipment being used and why?

3. If local law enforcement is going to have this type of equipment even if it was not available from the military doesn’t it make more sense to use the equipment that the tax payer has already bought instead of buying it again?

I believe that the best law enforcement is local and specifically the Elected Sheriff’s Office. Yes I am bias being a Sheriff but I have to answer directly to the people of the County. If I am operating in a way that the voters don’t like or acquiring equipment that they don’t think I need they have the ability to make a change. The same is not true when you use the State Police or the Military.

Published in Idaho and Reading